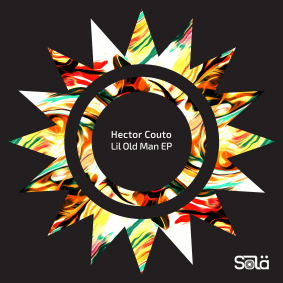 Widely regarded as one of modern house music’s leading talents, Roush boss Hector Couto has cemented himself as both key artist in his own right, and also a label owner looking to push new and emerging talent. With technical ability beyond his years in the game, both behind the decks and within the studio, the Spaniard has amassed an impressive back catalogue with releases on the likes of VIVa, Hot Creations and Get Physical, whilst making regular appearances at Pacha (Barcelona), Egg (London), and Amnesia (Ibiza) for Marco Carola’s illustrious Music On, where he returns as a resident once again this summer. Here we see Couto at his best as he unleashes his dynamic three track offering ‘Lil Old Man’ to mark a label debut on Solardo’s Sola imprint.

Title cut ‘Lil Old Man’ opens proceedings with authority as Couto skillfully combines slick, rolling percussion with spiraling sonics and infectious vocal samples, before introducing ‘Sons of The Underground’ which marches forth armed with a wicked, snarling bass line, wandering synth leads and frenzied snare fills. Last up, the Spaniard strip things back for ‘No Fear’, laying the focus on driving kicks accented by dubbed out atmospherics and bumping sub bass to unveil an impressive and dynamic closing cut that punctuates the EP in style.

Lil Old Man
Sons Of The Underground
No Fear