Husky Feat Letta - Want U Back 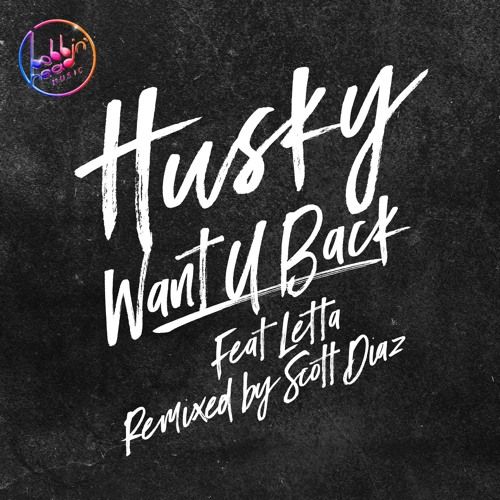 Husky Feat Letta - Want U Back

Australian house superstar Husky returns with ‘Want U Back feat. Letta’, a life-affirming vocal cut ripe for summer, complete with a sublime remix from Scott Diaz.

With a long-standing resume befitting a house music aficionado, Sydney’s Husky has been a consistent champion of uplifting, vocal-led house music for the majority of his career. From remixing Frankie Knuckles to collaborating with Sandy Rivera, he’s worked alongside some of the best in the game and has a knack for working with incredibly talented singers and songwriters.

Released on his own Bobbin’ Head Music imprint, ‘I Want You’ is no exception as he enlists Letta for a sun-drenched vocal house cut that is yet another worthy addition to his musical cannon. Three distinct version from Husky himself are included on the package in the shape of the Extended, Dub and Original edits, all of which have their own distinct vibe, with a remix from the UK’s Scott Diaz adding a completely new flavour.

Whichever sub-strain of house, garage, disco or jazz-flecked vibes Scott Diaz turns his hand to, it would be fair to say that he has firmly cemented his place as one of the most diverse and exciting producers of the last two decades. His remix of ‘Want U Back’ typifies his deeply soulful approach, with warm keys and a sizzling bassline complementing by subtly shuffling percussion.