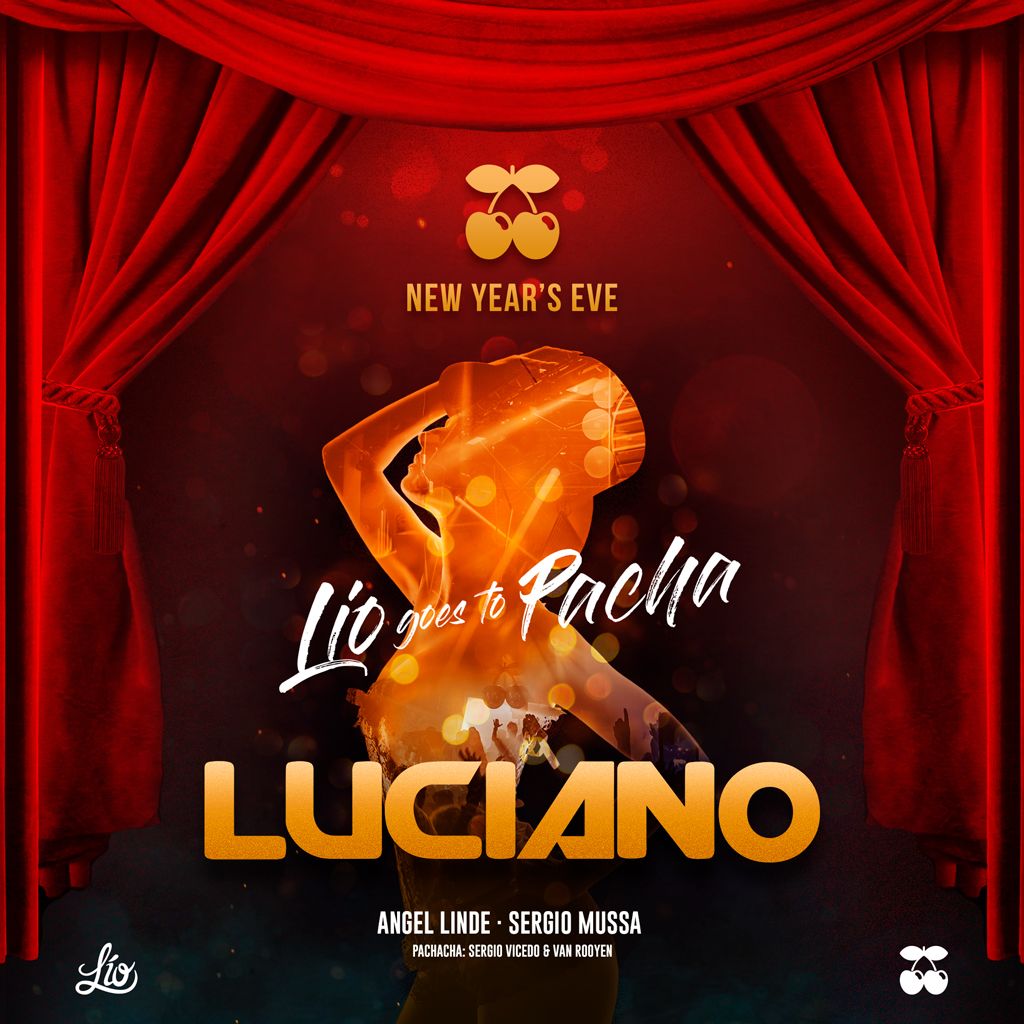 The cherriest Winter will be the warmest season on the island. Last year we had to close our door and witnessed the biggest refurbishment that has ever happened inside the cherries land… hence this season we need to make up for lost time. And here we are! Launching one of our cherriest events joining forces with our most glamorous brand. So proud to announce that…

Lío goes to Pacha to celebrate NEW YEARS EVE with a special dinner at Pacha’s restaurant to commemorate the end of an amazing year and the beginning of a new one. And of course, the cabaret show by Lío’s cast will be brightening up the evening. And then, when the show ends the party carries on, because we are going to host one of our favorite artists and probably one of the favorite DJs of the island… drum roll… LUCIANO will be the headliner of this incredibly special night at the club.

From the smallest smoke-filled club of Santiago the Chile in the early nineties to the global stage of the biggest dance festival in the new millennium, while refining his craft in the sweaty underground European clubs at the end of the last century, Luciano has become a true landmark of excellence and devotion to electronic music. Remaining true to his juvenile passion, his enchanting charisma has remained untouched despite his never-ending face-off with ever-growing challenges.