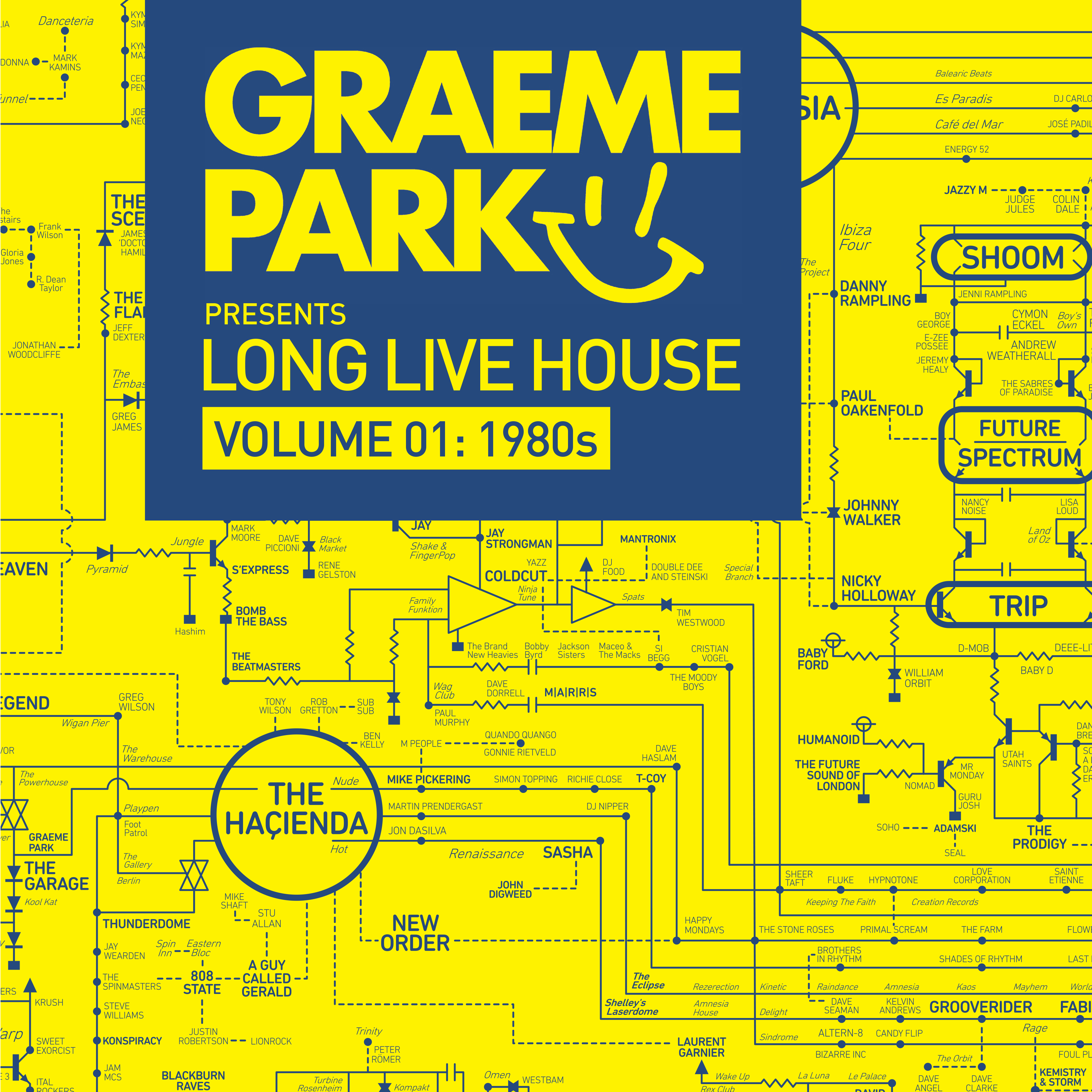 Graeme Park Presents Long Live House Volume 01: 1980s, is the first in a series of new House music compilations from legendary house music pioneers. Volume 01 brings together a collection of some of the most important, best-loved and influential music that kickstarted the House scene.

Available on triple-CD and double-vinyl, each compilation features 36 and 16 tracks respectively (listed below) and will be available on 7 December from https://lnk.to/GPark

Without a doubt, Graeme Park is a pioneer of the UK house scene and he is one of just a handful of people that have the authority and gravitas to compile a mix of what is the bedrock of a cultural music movement. Graeme explains his track choices…

“This compilation features a variety of tunes from 1985 to 1989 all of which were massive on my dancefloors at my various DJ residencies**. All of the tracks included here were an integral part of the house scene in 1988 and 1989 and all of them helped define what was to become a worldwide, globally recognised international phenomenon.

“With this compilation, I’ve deliberately avoided a lot of the more obvious and commercially successful house tunes you all know and love because most of you will already have them on a variety of other compilations. I’ve chosen tracks that are often overlooked but were still very influential with some bigger than others. All of these tracks are very special to me and hold amazing memories too. Audiences still go wild to them when I drop them today. I hope you enjoy listening to this compilation and that it brings back some great memories or that it acts as an introduction to a scene that started small and grew into something utterly spectacular and still remains one that continues to thrill and excite today. Long live House!”

“It was late 1985 when I first discovered what was to become known as House Music. I was DJing at the Garage club in Nottingham and working at a local independent record shop in the city. I vividly remember tearing the shrink wrap from JM Silk’s ‘Music Is The Key’, putting the needle on the record and being totally blown away. The stabs at the very beginning, the electronic funked up bassline, the mechanical groove of the electronic drums, the trippy synth riff, the synth strings and Keith Nunally’s soaring, soulful vocal sounded like nothing else. It even had a rap in the middle! I absolutely loved it and was immediately drawn to other 12 inch releases that began to appear on the DJ International label from Chicago alongside those of Trax Records and other obscure new record labels.

“Slowly but surely this incredible new sound that drew its influences from disco, soul and European electronica but sounded fresh, raw, exciting and like nothing else before it, began to spread around the UK. Slowly at first, with small pockets around the UK embracing this new sound, but eventually burgeoning into a full-blown scene in the Midlands and the North of England. Nottingham, Derby, Leicester, Birmingham, Stoke, Sheffield, Manchester and Liverpool all had clubs and DJs that played more and more house music until it completely took over as more and more imported 12 inch singles from Chicago, Detroit, New York and Miami arrived in the UK every day.

“By the summer of 1988 the whole of the UK became one big jacking zone with UK labels and producers now creating and releasing a plethora of house inspired tracks and house music appearing on national prime time television and radio.”

** The Garage in Nottingham, The Leadmill in Sheffield, The Fan Club in Leicester, 21st Century in Derby and The Haçienda in Manchester (where I DJ’d alongside Mike Pickering).