Dillon Francis - Look At That Butt 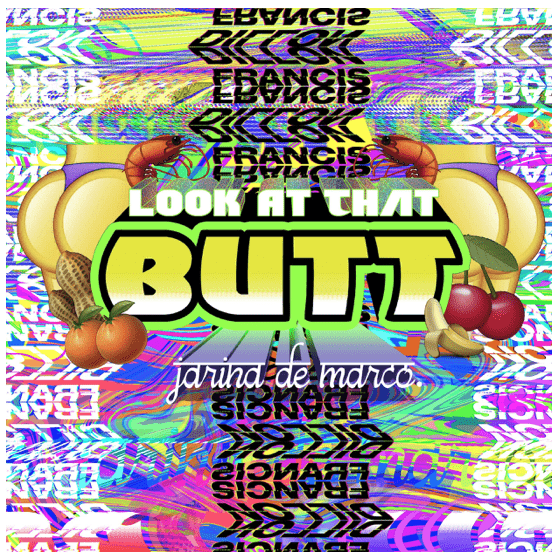 Dillon Francis - Look At That Butt

Today, platinum-selling artist, DJ, and producer Dillon Francis today released “Look At That Butt” (feat. Jarina De Marco), the fourth single off his forthcoming Spanish language studio album, due out later this year via his own IDGAFOS record label. The track is available to stream and download starting today HERE.

“‘Look At That Butt’ is a take no prisoners female empowerment anthem about owning your sexuality while demanding respect from the male gaze,” shared Mad Decent artist Jarina De Marco on the inspiration for the track.

Francis recently collaborated with GRAMMY Award winning Puerto Rican rapper Residente on the track “Sexo” and starred in the song’s music video, which has amassed over 76 million views to date. Watch it HERE. Last month, he was featured on the Jesse Baez track “Quiero Saber”. Listen to it HERE.

Francis also competed on Comedy Central’s Reggie Watts-hosted “craziest game show ever” Taskmaster. Watch a trailer for the show HERE.  It was also recently revealed that Comedy Central is developing Living The Dream, a new series from Francis and comedian/author Aaron Karo. In addition to serving as writer, actor, and executive producer for the show, Francis will also contribute original music.

This summer, Francis will perform at numerous international music festivals and resume his residency at the Wynn Las Vegas for the third consecutive year. A complete list of upcoming live dates and ticket information can be found HERE.