RUMORS - Look Out Below 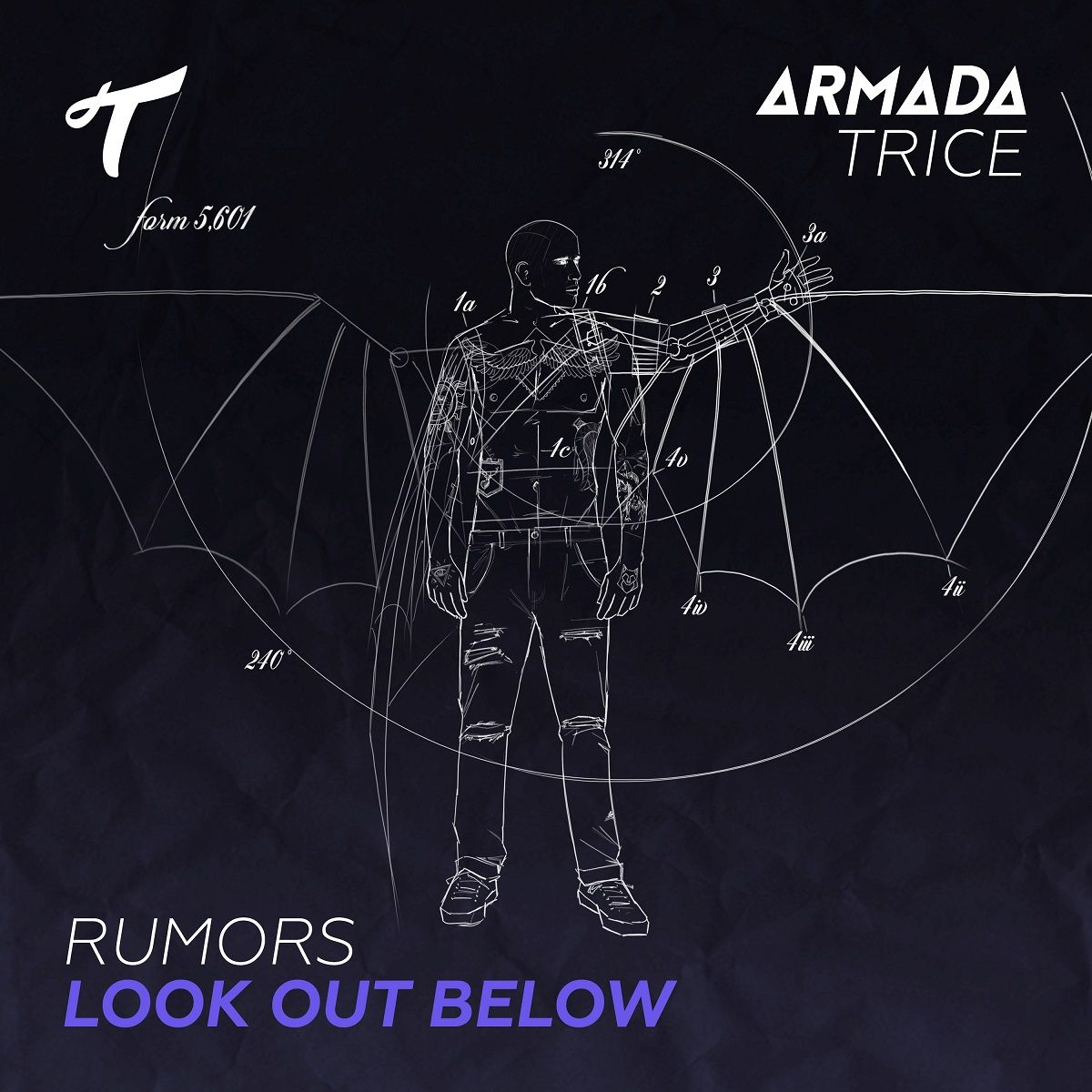 RUMORS - Look Out Below

After collaborating with a variety of acclaimed acts and artists across the music scene, RUMORS are taking the spotlight for themselves. With ‘Look Out Below’, the mysterious, LA-based duo comes forth with its true debut single, which saw its release on Armada Trice today and is accompanied by an official music video.

As soon as ‘Look Out Below’ lifts off, it’s clear that listeners are in for a treat. Packing strong vocal hooks in addition to an intoxicating flute melody and laid-back rhythms, it’s a song that will take flight and soar the charts until it can’t go any further.

Hailing from American dance music hub Los Angeles, RUMORS have more than earned their stripes in the past few years. They collaborated with hot acts such as Elephante, Suspect 44, Audien and Oliver Heldens and the duo help write ‘Young’, one of the singles on The Chainsmokers’ #1 debut album ‘Memories… Do Not Open’. To maintain their anonymity, RUMORS perform while wearing mirror-plated masks that project stage lights back into the crowd, which not only reflects their attitude toward dance music, but also gives the audience a chance to see a bit of its own reflection in RUMORS. It’s clear that their future is bright and one that starts with ‘Look Out Below’.