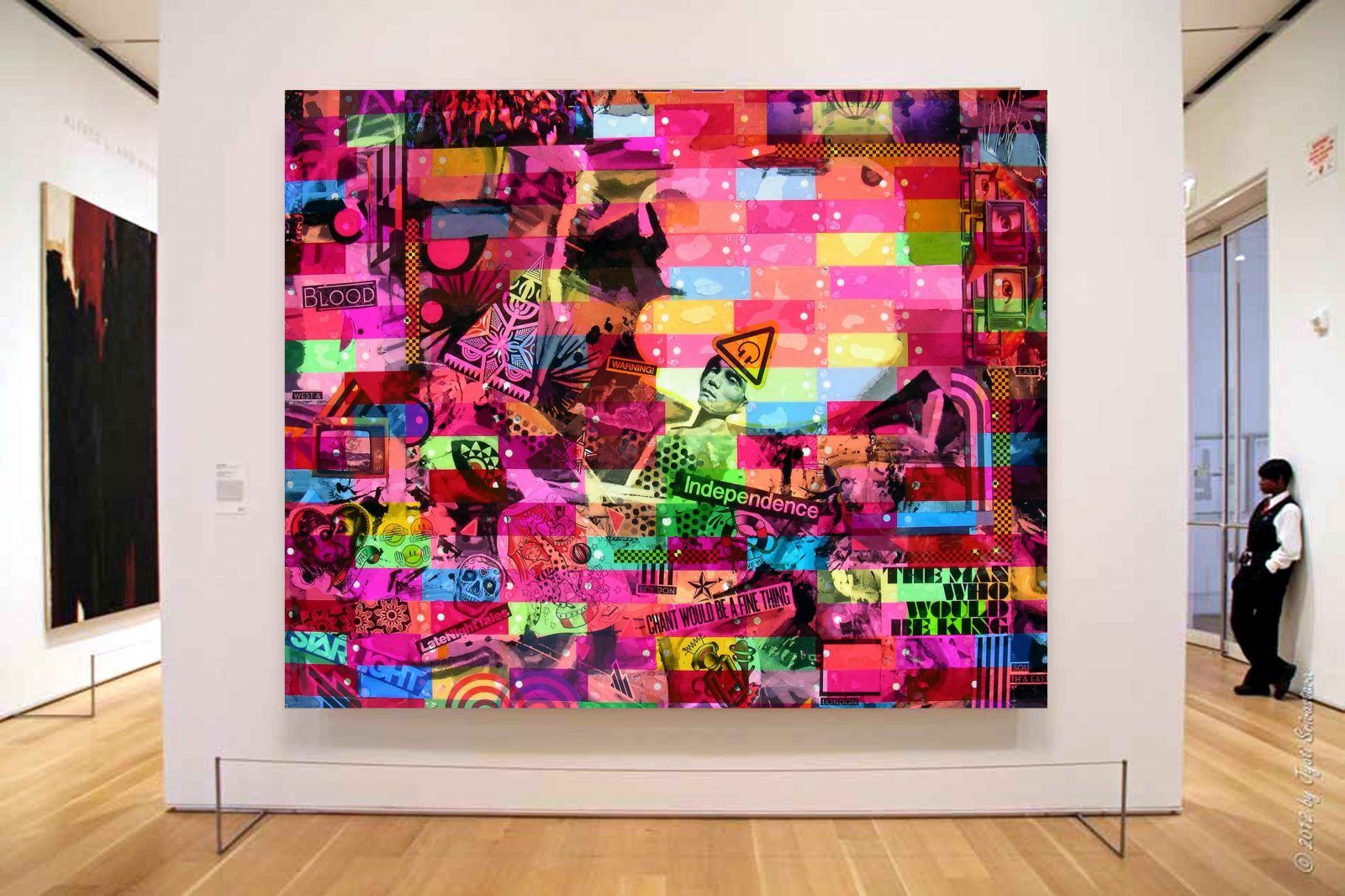 Rusbatch says: “I’m a huge fan of dance music; when done well, it can be the most euphoric and powerful music on the planet. Essentially I am striving to create a visual language for dance music through painting.”

The artist’s ambitions are only surpassed by the nature and scale of the striking paintings he has created. ‘Lost & Found’ will feature twenty five original mixed media works on a range of substrates incorporating traditional canvasses with found objects including pallets, crates and fencing.

The imagery is immediately recognisable as the artist’s oeuvre, though there has been considerable development and it has been suggested by notable distinguished collectors that Rusbatch has produced some of his best work to date.

“I hope ‘Lost & Found’ will elevate and celebrate dance music in its purest form, totally independent of any inherent negative associations. I don’t take drugs and have never felt any desire to do so. I believe the movement plays a pivotal part in UK society. For me it has always been about inclusion, celebration and bringing people together and I want to explore this in a positive way.”

The ‘Lost & Found’ collection has been over a year in the making and will open at RedHouse Originals on Friday 4th April 2014.