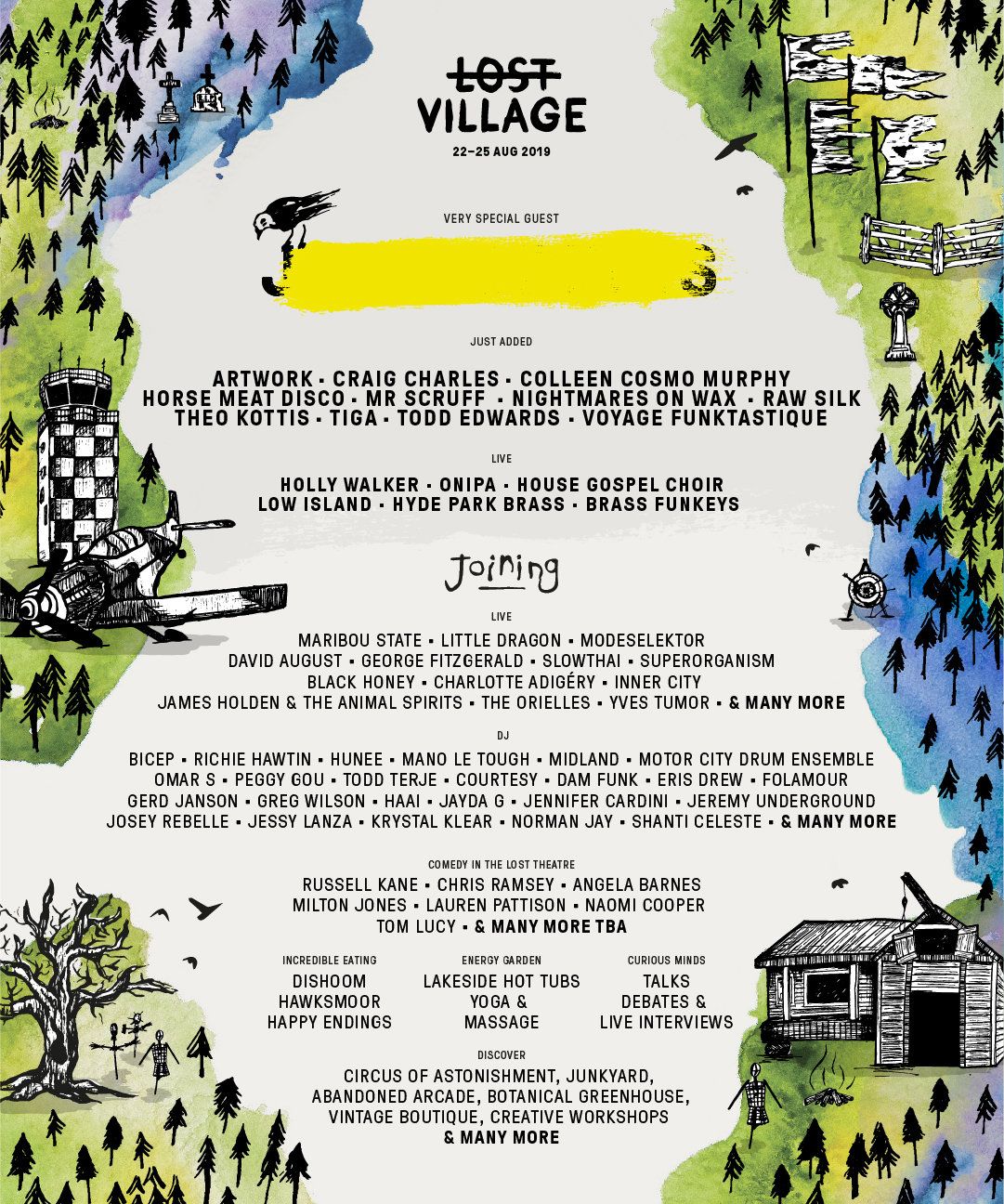 From lakeside relaxation and curious entertainment to long-table banquets and spectacular drinks; Lost Village is not a festival for the masses, but an intimate gathering of kindred spirits.

Joining the dots between disco, house, indie, funk, soul and beyond, the 2019 Lost Village journey is undoubtedly the most dynamic to date, both in terms of styles and gender, with female artists representing half of the lineup.

Elsewhere over the weekend, Superorganism and The Orielles will bring their wonky indie to the festival, plus house legends Inner City and the red-hot breaking sounds of UK rapper slowthai and electronic experimentalist Yves Tumor.

The Lost Village experience takes revellers down winding pathways, into the far reaches of the forest, uncovering all manner of experiences; from surreal encounters with the village’s native inhabitants, to dreamscape performances that circle the woods. The bizarre fever-dream backdrop of the forest will have you regularly questioning your sanity.

When it’s time to escape the madness, head to the lake where wood-fired hot tubs, yoga, massage and holistic therapies are all on available in the Energy Garden, whilst Forgers Fayre is the home of creative workshops, offering crafting, jewellery making, sculpting, apothecary and lots more.

Lost Village will also host Dishoom’s only festival outpost, a Hawksmoor Sunday Roast, the first ever banquet from one of London’s most creative restaurants (more news soon) plus a range of eateries from the likes of Burger & Beyond, Happy Endings, Piadina Project and more.

The Institute of Curious Minds will, once again, boast a weekend of live interviews, talks and debates, featuring a range of guest speakers. Previous editions have included global explorers, music historians, scientists, relationship experts and all manner of intriguing and unusual subjects.

Whether dancing in the shadows of an abandoned airport or cautiously making your way down leafy corridors in search of the unknown, Lost Village is a technicolored, multilayered experience that will constantly keep you guessing. Surreal escapism at its best.