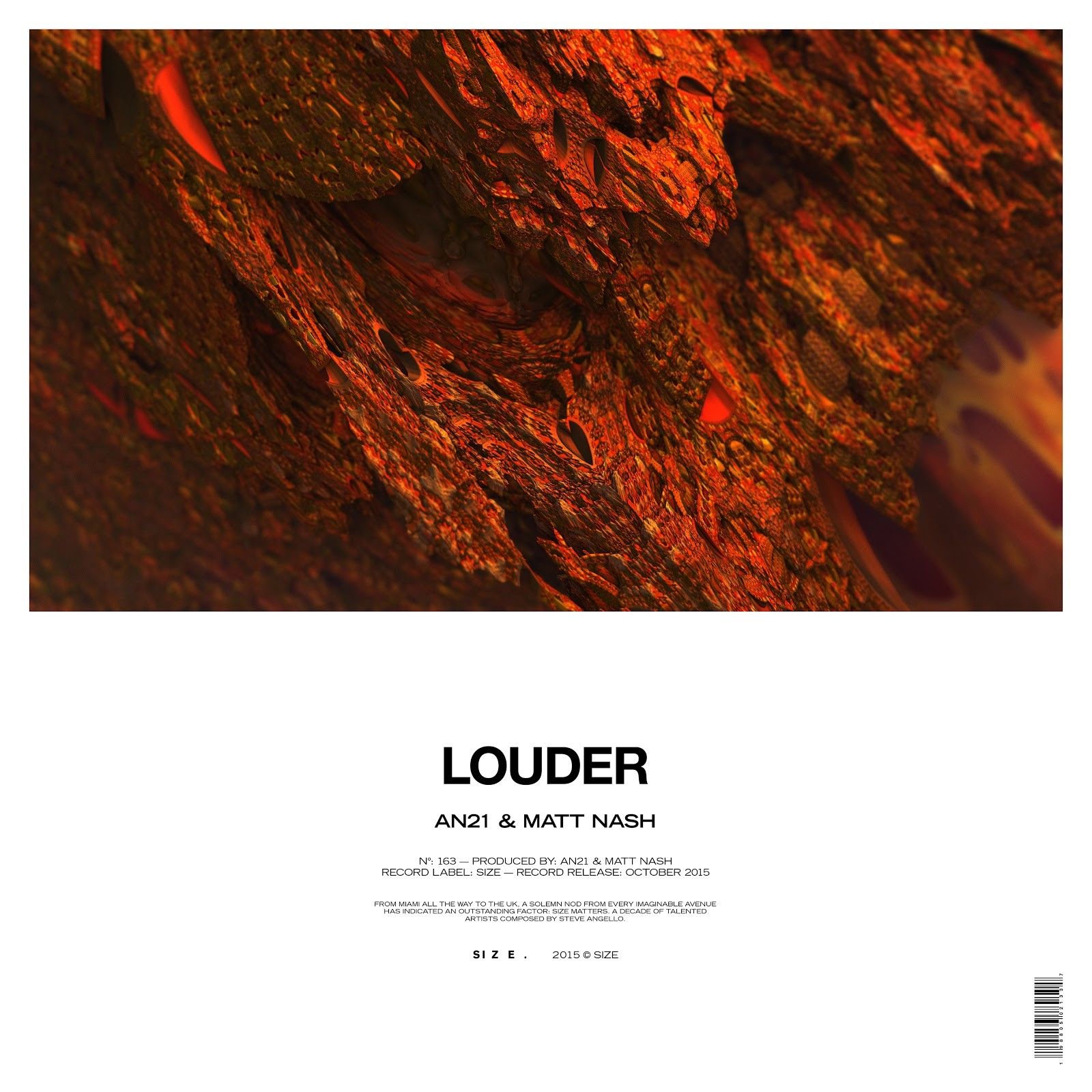 Following a string of massive records this summer, the latest from Steve Angello’s SIZE Records comes from a collaboration between label signee AN21 and UK DJ/producer Matt Nash. The highly anticipated ‘Louder’ is set for release on October 30th.

Receiving regular plays from Steve Angello throughout festival season, Louder has rocked crowds with its progressive builds and anthemic chant. Coursing with energy, the drops intertwine synths and heavy basslines to take the track into overdrive.

About AN21
Boasting an impressive line of brotherhood to the Size Records family; AN21 is a house visionary who has created a remarkable array of melodic peak time anthems. His debut 2015 release ‘Everything’ started off what has been an incredible year so far, and with previous releases alongside Dimitri Vangelis & Wyman for ‘Rebel’, and alongside his brother Steve Angello and Sebjak for ‘GODS’, the continuous momentum behind the talented young producer has never been stronger.

About Matt Nash
Matt has made fast inroads into electronic music culture courtesy of releases on a plethora of dance music mainstays, from Axwell’s Axtone to Hardwell’s Revealed. Highlights so far include two tracks on Tiesto’s album, ‘Starlight’ with Don Diablo released on Axtone, ‘Till The End’ featuring Tara McDonald and ‘Fire Higher’ with Sebjak ft Eric Turner on Ultra.  Now with his debut release on the seminal label SIZE and his latest track ‘Heartbeats’ receiving supporting from the likes of Kryder and Tom Staar, the rest of this year is set to propel Matt Nash further into the limelight.