After the successful release of ‘No Stranger Thing Ft. Lucy Mason’ and a sterling remix of the track by Pages, Canadian recording artist and producer NICOLAAS offers up a new remix by Louis La Roche released on 26th April via Haven Sounds. UK-born nu-disco/ French house/ funk producer, remixer and DJ Louis La Roche has previously provided official remixes for top artists with the likes of Basement Jaxx, Fred Falke, Spiller and Aeroplane as well as featured on popular Youtube channels, MrDeepSense gaining 1.1 million views and Majestic Casual gaining 1.4 million views. Louis La Roche has shared the stage with artists such as Armand Van Helden, A-Trak, Aeroplane, and 2ManyDJs as well as supporting Kylie Minogue on her Kiss Me Once tour.

The original track, premiered by Clash Magazine, racked up tens of thousands of plays within the first week of release, receiving support from popular Youtube channel New Retro Wave. NICOLAAS (previously known as Muneshine) sold over 40 000 records as part of the duo Phocus on Handcuts Records.  His production on D-Sisive’s ‘Nobody with a Notepad’ was chosen in The Huffington Post’s “100 Best Canadian Songs Ever” in 2014, and that same year saw the single ‘Venus & Mars (Freddie Joachim Remix)’ premiered on Majestic Casual, gaining 940 000-plus plays on YouTube and nearly 800 000  on Soundcloud. He has been nominated for four Juno Awards, A Much Music Video Award, a SOCAN Echo Songwriter’s Award, and has taken home an East Coast Music Award. As Muneshine he has collaborated with artists such as Pete Rock, Sean Price, DJ Spinna, Buckwild, Guilty Simpson, and Rob Swift – as well as touring extensively with The Herbaliser. He has racked up over 1.4 million streams on Spotify, over 2.3 million Youtube views, including spots on popular channels MrRevillz and Underground Charisma, been featured in tastemaker publications such as Noisey, VICE, EDM Sauce, IX Daily, and has received vast airplay on  BBC Radio 1Xtra’s Hip Hop Mix with Sarah Love.

Returning with a new nom de guerre, NICOLAAS has broadened his creative horizons, testing the waters of genres that he had previously admired from a distance. The Canadian producer had become creatively stagnant within the world of hip-hop, craving inspiration and a new challenge. Traversing the musical landscapes of the ’80s, synthwave, and funk has brought to the foreground a sound comparable to Breakbot, Gunship, and Kavinsky. Influenced by disco, boogie, and funk, his sound has been directly influenced by the likes of Nile Rodgers, Blondie, and producer Shep Pettibone (David Bowie, Madonna, Whitney Houston) while also channeling more contemporary artists like Daft Punk, Toro Y Moi and Parcels.

The ‘No Stranger Thing Ft. Lucy Mason’ remix by Louis La Roche comes right out the gate with what can only be described as feel-good energy. Staying true to its bassline, the song, however, takes an even further step back in time than the 80s synth sound of the original song. The remix smells of late 70s bell bottoms and Studio 54 glitter extravaganza.

When speaking about the ‘No Stranger Thing’ remix, NICOLAAS said, “Louis La Roche is an incredibly talented and versatile musician, and he was my first choice when I started thinking of producers to reach out to for a remix of this track. I just knew he’d deliver something dynamic and dope, and he really did! I couldn’t be happier with how this one’s come together.” 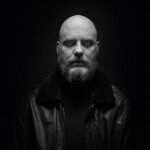