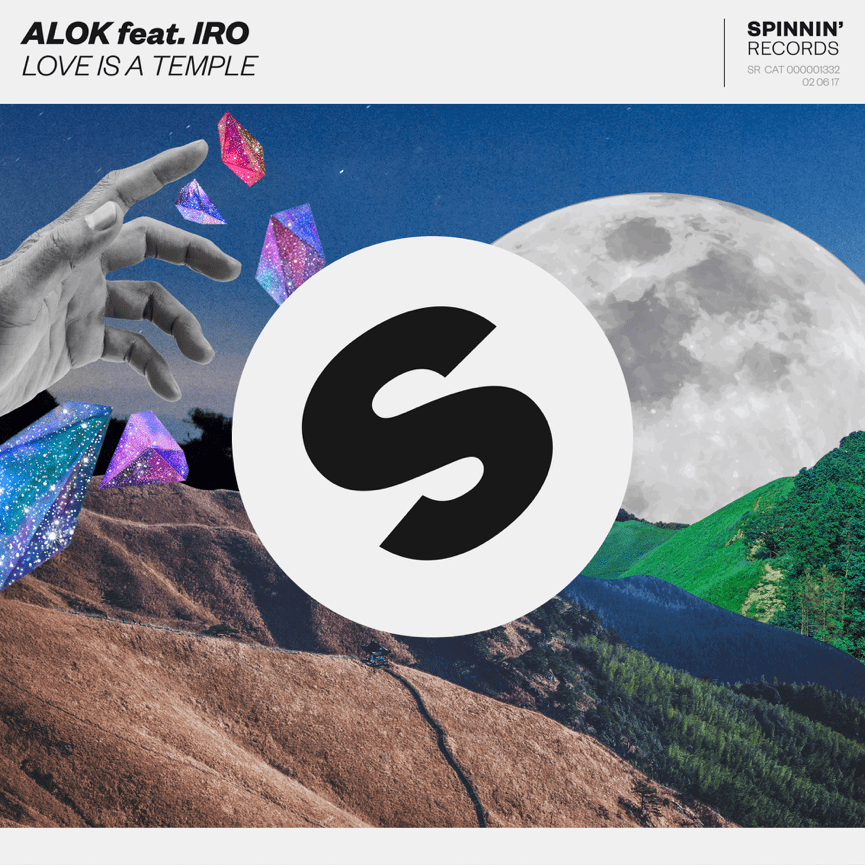 With his recent release ‘Never Let Me Go’ still making serious waves, Brazilian superstar DJ Alok has teamed up with Brooklyn based singer IRO for another stellar creation, ‘Love Is A Temple’ – out now via SPINNIN’ RECORDS.

STREAM/PURCHASE ‘LOVE IS A TEMPLE’

‘Love Is A Temple’ is a trap-infused cut, which demands airtime at the biggest and best festivals around the globe. With IRO offering his soothing vocals, Alok effortlessly works his magic, blending a variety of musical styles to bring a fresh and unique offering to his already impressive catalogue. Brimming with reverberating synths, and an electrifying bassline, ‘Love Is A Temple’ is built up around Iro’s meaningful vocal piece, and is destined to light up the sonic sphere all summer long.

Teaming up with Tomorrowland’s Official Global Sponsor Budweiser, ‘Love Is A Temple’ has been selected as the brand’s Official 2017 Tomorrowland anthem, and will see its debut live performance by Alok & IRO at this year’s edition. To celebrate the release, Budweiser have unveiled a visual accompaniment, which follows the video’s main character on a dream-like adventure, where she is lead to a subway party hosted by Alok and IRO, which ends up at the magical world of Tomorrowland.

Alok has been on a non-stop roll over the past year; with every track he releases commanding attention from dance music lovers all over the planet, pushing his name further into the global music scene. Within just 1 month, ‘Never Let Me Go’ has amassed over 12 million streams on Spotify, and has remained in Brazil’s Spotify Top 10 ever since its release. Having just completed his run of North American tour dates, selling out San Francisco, and packing shows from Tampa to Montreal, the young producer will be bringing his sensational Brazilian Bass music to an array of festivals and clubs on his world tour this summer. Make sure to check out one of his enthralling live shows near you!