Love Thy Brother - Love Me Better 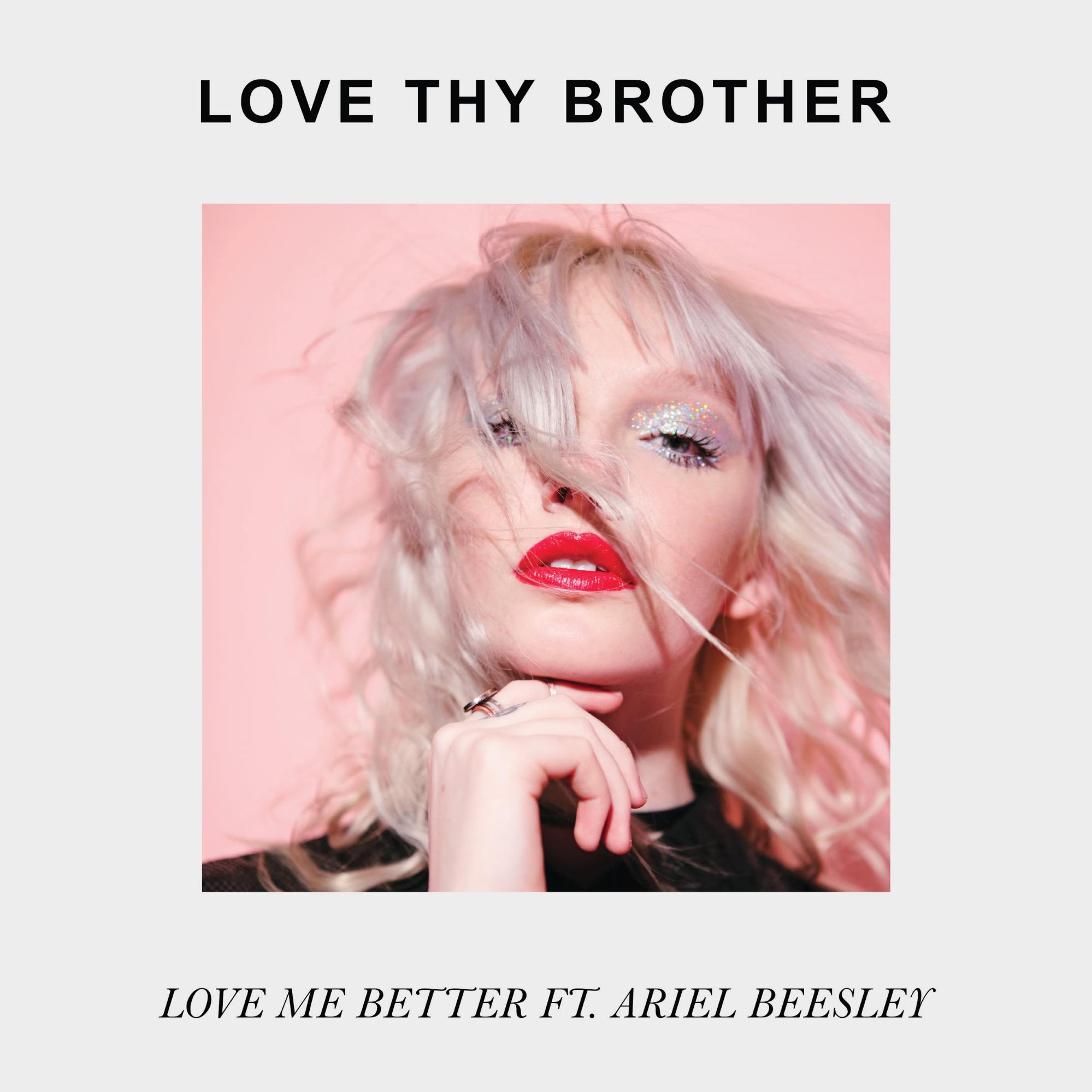 Love Thy Brother - Love Me Better

Fresh off the hype of a sold-out North American tour with Gryffin and their fifth remix to hit #1 on Hype Machine, Canadian sibling duo Love Thy Brother delivers their debut original “Love Me Better” featuring vocals from LA-based vocalist and Wilhelmina model Ariel Beesley.
Following non-stop chart topping remixes of similar emotive songstresses like BANKS, Kiiara, and Lana Del Ray, “Love Me Better” premiered on Billboard and is an anthemic emotional piece of synth-pop that speaks out against the shallow games and indifference that have become characteristic of millennial  relationships. The instrumentally-textured dreamy pop ballad centers around Beesley’s smooth airy vocals, creating a unique indie-electro hit ready to hit airwaves and dancefloors this summer.

“This song marks a big moment for Liam and I, ” says older brother Conor Clarke. “Growing up together has had a such huge influence on our music, so in a sense was literally decades in the making. It’s also our first original and opened up a whole new world of challenges and inspiration, ” adds Liam. “Working with LA based Ariel Beesley and grammy nominated producer Damian Taylor meant hopping around multiple countries, constant flights and strange studios. It’s a whole different game than pumping out remixes but hearing the finished song and knowing the work we put into it feels pretty wicked.”
Hailing from Toronto, Canada, brothers Conor and Liam Clarke have united their unique backgrounds and styles with their shared love of classic electronic dance music to create their visionary electronic music collaboration, Love Thy Brother. While Conor is the CEO of artist marketing platform Wavo and a classically trained musician with an orchestra background, Liam is already an acclaimed composer and his work for television, film and brands has been lauded by Esquire, Entertainment Weekly, NYDaily, GQ and NBC. Together the siblings have gained popularity worldwide with their unique sound that blends deep, melodic techno and house with a crossover appeal– bridging gaps from the underground to the mainstream since 2007. Recently signed to San Francisco’s Bright Antenna Records, the musical duo is working away in the studio to release an assortment of new original music this year.