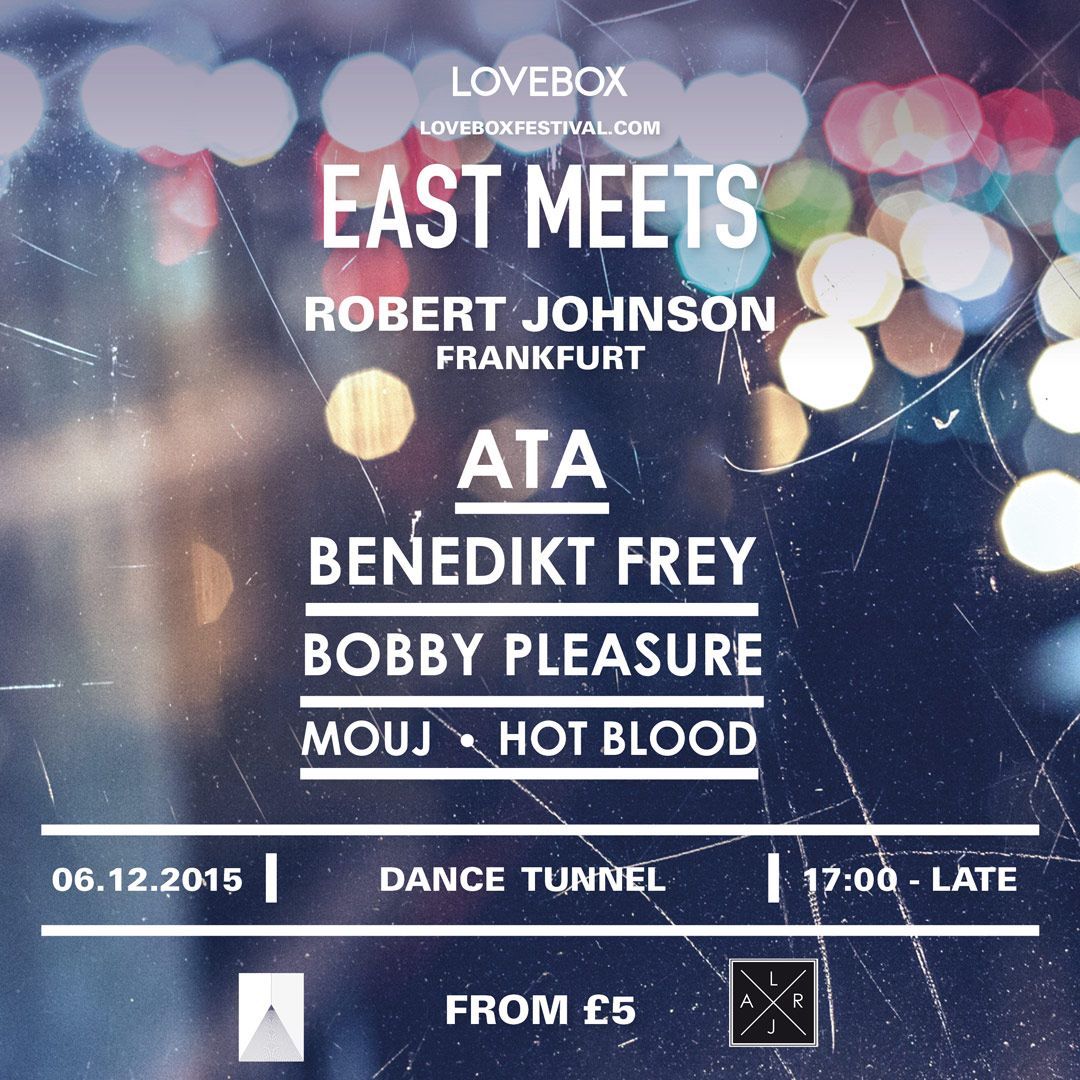 Renowned for its minimalist interior and intimate setting, Robert Johnson has become an iconic name in the clubbing world. As well as the venue, it has gone on to launch the Robert Johnson Live record label since its inception in 1999, which is held in as high regard as the club.

Taking place in the equally intimate confines of Dalston’s Dance Tunnel, East Meets Robert Johnson will feature headline sets from RJ’s founder Ata and resident DJ Benedikt Frey, plus appearances from London locals and friends of Lovebox Bobby Pleasure and Hot Blood. Falling on a Sunday, East Meets Robert Johnson will redefine the last day of the weekend as the crescendo.

Lovebox’s East Meets series sees some of the world’s best clubs showing us what they do best, in East London’s most forward thinking spaces. Stay tuned for the next chapter, TBA…