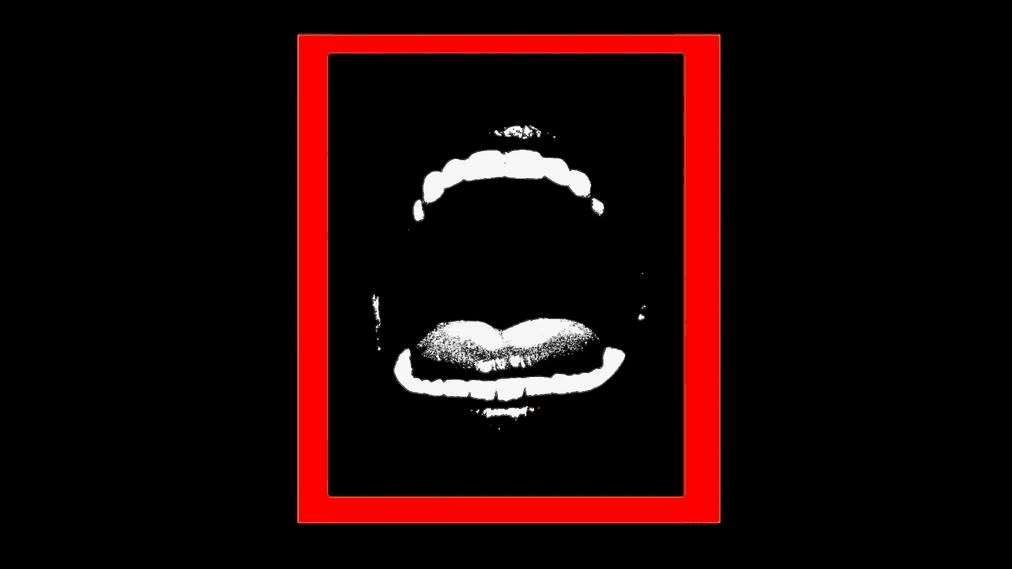 The accompanying video, the first to feature and be made entirely by the band themselves, connects an identity to the song’s central character who shouts a series of Google suggested search questions. Shot entirely in black and white, the isolated mouth frantically multiplies and buckles under the weight of constant questions as the track builds.

“Following our previous single’s theme of society’s relationship with technology, this song was inspired by the idea that Google has become the world’s therapist and explores the unsettling fact that the thing we’re opening up to perhaps doesn’t have our best interests at heart. This is the first time that we did all of the visuals in house: Felix shot the video on his iPhone and Jamie borrowed some of his mum’s lipstick for me to wear. The idea behind the mouth was to have a really clear and simple image at the video’s core, and was also a great way to portray an internet user; simultaneously anonymous, chaotic and vulnerable.”

‘Search Box’ follows recent single ‘In Person’ which received support from tastemakers including NME, DUMMY, Tsugi, Magnetic Mag, BBC 6 Music (who added the single to their B-List), Oki-Ni and more. BBC 6 Music’s Lauren Laverne said of the track; “I love it so much, that was so my bag – I have a special place in my heart for funk that has a slight thread of anxiety running through it. This totally has that and I love it!”

The release of ’Search Box’ follows a recent UK headline tour that culminated in a stand-out gig supporting Crystal Fighters at Brixton Academy. Low Island have also announced a special, one-off ‘Low Island and Friends’ show at Electrowerkz on 6th November 2019. Taking over the venue’s main room; the night will be a multi-arts showcase in the spirit of their sold out Scala show in April of last year, where the venue was filled with dance and art installations, DJs and bands. Limited tickets are available here –  TICKETS/MORE INFO