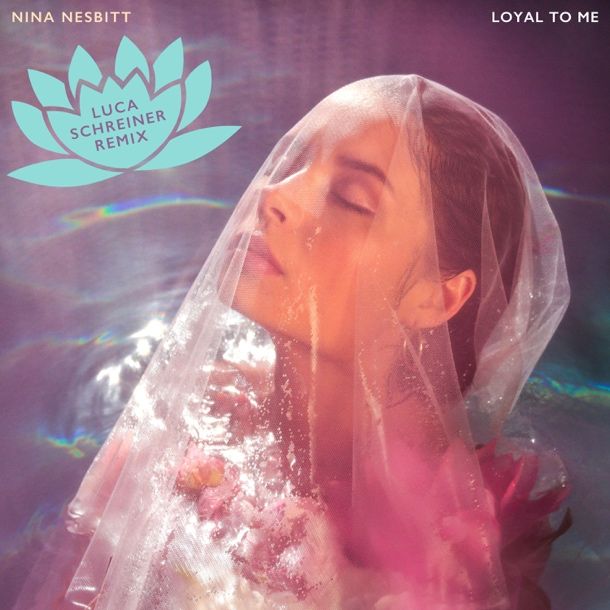 Luca Schreiner has remixed Nina Nesbitt’s latest single ‘Loyal To Me’.  The rising German electronic DJ/Producer, who has delivered remixes for Louis Tomlinson, James Arthur, Alessia Cara, Shaggy and Pit Bull, has added his trademark stamp to the single, applying deep house grooves with a hint of tropical influence.  The result is the perfect dancefloor anthem!

The original version of ‘Loyal to Me’, produced by Fraser T Smith (Stormzy/Adele/Drake/Florence and the Machine), has now amassed a huge 4 million streams.  While the video finds Nina performing hiplet, a style of dance that fuses hip hop and ballet and sees Nina performing en pointe for most of the video.

“Loyal To Me is influenced by the independent-women spirit of the 90s and is a self-help guide to dating” Nina explains “It’s a list of symptoms you need to look out for when you fear you may be dating someone who doesn’t have the best intentions”.

Having grown-up in a small village just outside Edinburgh, Nina Nesbitt enjoyed a whirlwind of success with the ‘Peroxide’ album, but she was soon ready to move on. An organic evolution, her 2016 track ‘Chewing Gum’ was the sound of her breaking out of her comfort zone and indulging fully her love of pop. Her desire to challenge herself continued with the low-key ‘Life in Colour’ EP which found Nina writing emotional and sometimes dark stories that were inspired by experiences which fans had sent to her.

Still only 23-years-old, Nina Nesbitt has found a way to make it work for her in an industry that often doesn’t give you the time to settle into the artist you want to be. Rather than rush into making another album for the sake of it, she waited for the inspiration to strike and let it slowly take shape organically. What she excels at is being an artist, but one that's fully in control – the very best kind.

Nina has played many of the summer festivals including Barn on The Farm, Cornbury, TRNMST and RiZE, and is soon to headline London’s Omeara on 26th Septemberfor Nordoff Robbins.  Nina then embarks on a tour of Europe with Lewis Capaldi until December.

Tickets can be purchased from www.ninanesbittmusic.com

The live dates are: