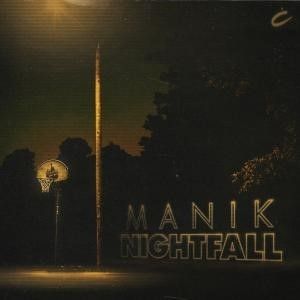 Culprit’s most prolific contributor M A N I K adds a fifth release of original material to the label’s canon.

“Nightfall” is an analogue house workout with an inventive bassline, crisp percussion and ethereal vocals that combine for one of the most distinct songs in Culprit’s catalogue in some time. The remix comes courtesy of another of UK’s young rising production stars, ThermalBear, best known for his releases on Sasha’s Last Night on Earth label. His smooth yet bass–heavy rework is primed for maximum dancefloor action. “Jerry Park” is a warm lighter take on the analogue sonic template.

“Nightfall” continues M A N I K’s creative collaboration with an exciting pair of producers – London’s Eli & Fur who provided vocals on the title track. The duo is best known for their releases on Defected and Anjunadeep. It is on the latter that M A N I K and they have collaborated for the first time, in late 2014.