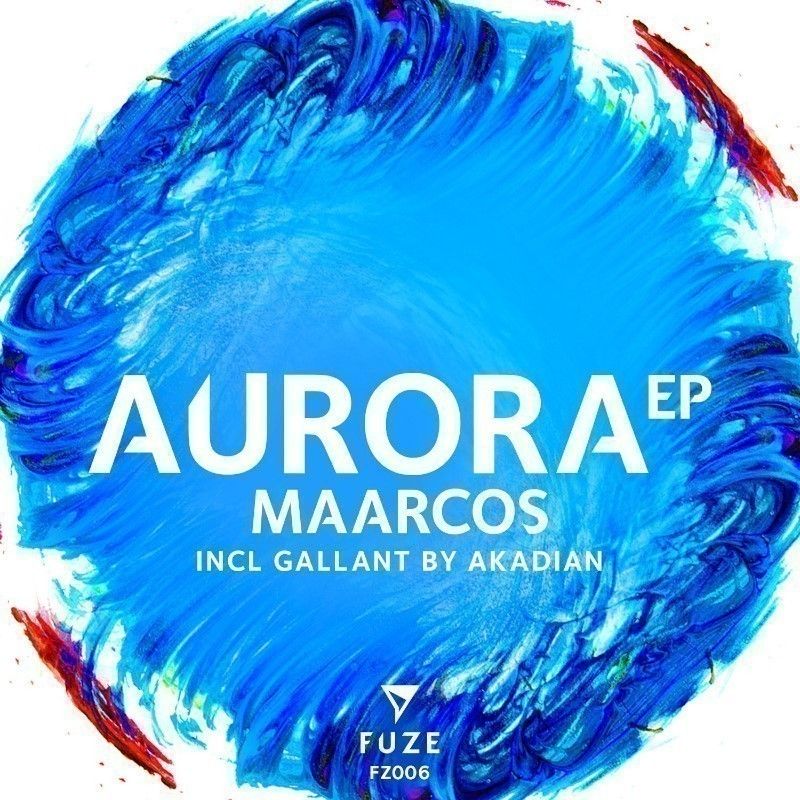 ‘Aurora EP’ brings together the final release for 2014 for the burgeoning label Fuze Records.  The EP consists of two records, ‘Aurora’ by Maarcos and the winner of the #LightTheFuze competition, Akadian.

In October, Fuze Records collaborated with WAVO to provide a platform for producers to submit their music with the winner having their track signed to Fuze.  After a month of submissions and entries, the winner was announced to be ‘Gallant’ by Akadian.  Akadian is a UK-based producer and is no stranger to the big stage, being a resident at Gatecrasher in Birmingham.  ‘Gallant’ is a track filled with a groove that has become synonymous with Fuze.  The warm, bouncy synths create a great rhythm that leads to a breakdown that gets even bigger and more melodic.  It’s not hard to see why ‘Gallant’ won the fans vote as well as Fuze A&R vote as the winner of the competition.

The title record ‘Aurora’ by Maarcos is a fitting close-out for the year.  A teaser called ‘Prelude for Aurora’ was uploaded on his Soundcloud as the introduction for what he calls the Dessert course.  ‘Aurora’ provides possibly Maarcos’ most euphoric record of the year with big uplifting piano chords and melodic synths matching each other to a crescendo.  The breaks allow Maarcos to showcase an almost cinematic blend of sounds to heighten the senses before breaking back into the main theme.  And of course, there is an underlying groove to the record.

‘Aurora EP’ – with music by Maarcos and Akadian, will be released on Monday, 15th December on Beatport and two weeks later on iTunes.