MADE Festival Sells Out 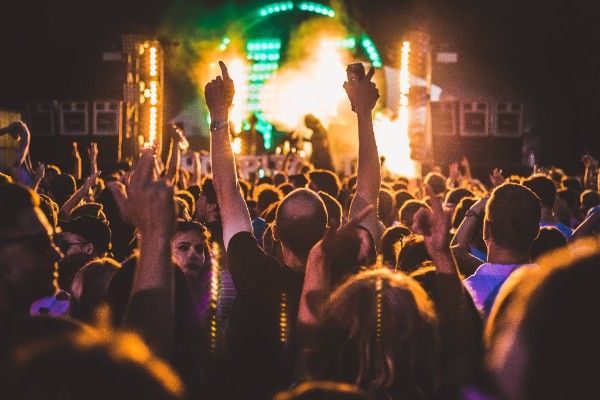 MADE Festival Sells Out

MADE Festival has officially become a year on year sell out.

In just under two weeks’ time MADE will welcome over 50 acts across six stages for a fourth SOLD OUT year. Since their inaugural year in 2014 MADE Festival has grown exponentially to become Birmingham’s leading music, arts and street culture experience.

MADE will bring global acts to the streets of Birmingham and this year’s programme cements their place as one of the UK’s favourite up and coming festivals. Chase & Status head up a roster of need-to-know acts from across the UK and beyond including outspoken grime heroGiggs, Gorgon City, Sub Focus, My Nu Leng, Chris Lorenzo, Mike Skinner and an extra special Reggae only set from West Midland’s own Goldie.

Music is at the heart of MADE, but it’s their lovingly curated arts and street food line up that has ensured their place as the best festival experience in Birmingham. Homegrown BabMag, Birmingham’s foremost cutting edge arts publication, will be returning to showcase their street art know how. Expect live art demonstrations and a selection of work from the Midlands most intrepid, young artists across the various venue spaces.

This year MADE will open its doors to some of the most celebrated street food vendors in the UK including Seth Troxler’s mouth-watering BBQ venture Smokey Tails, mobile-wood fried pizza experts Baked In Brick, and Birmingham burger aficionados Flying Cows.

Organisers are now onsite building their four year vision of MADE a reality with some major transformations from Stax Creations, their world-renowned locally based creative production partner.

The brand new Yard space will be the home of Gorgon City’s intimate Kingdom Stage. Named in honour of their latest album Kingdom, the line up is a selection of their firm favourites, and a Gorgon City performance that takes their show to the next level. Expect to hear deep house, garage and grime from Klose One, and sounds from acclaimed techno producer Deetronalongside Shadow Child’s underground bass-led grooves.

Drum and bass will be selected by Hospitality in Lower Trintity Street’s Rainbow Arena, headlined by Sub Focus, undoubtedly one of the most interesting and innovative producers in drum and bass. Austria’s Camo & Krooked will bring their signature sound and former label mate High Contrast will showcase his live show for the first time in the Midlands, along with stellar sets from Friction, Dimension, Danny Byrd, Nu:Logic, Krakota and super special guestsDJ Hype B2B with Hazard in the Arena, an old builders merchant yard next to the famous Digbeth arches.

Birmingham-born, Chris Lorenzo presents his new concept Bass Mentality in the Warehouse. Recent addition and fellow local, Mike Skinner returns to MADE and tops off an already stellar bill headlined by Lorenzo himself supported by a selection of his firm friends and favourites featuring an exclusive B2B performance with Cause & Affect, alongside Holy Goof, Joker and Marc Spence.

A stone’s throw away from the main site, MADE will take over 119 and Boxxed Warehouse on Floodgate Street for the ultimate after party: MADE… My Night.  Hailing from Birmingham, Hannah Wants is the perfect end to what’s set to be a celebration of local creative powerhouses. Hannah is the champion of the homegrown bass orientated sound Birmingham is known for. 119 will also see MADE Festival alumni Redlight, and dynamic DJ Jack Swift take over.  Over in Boxxed, People Just Do Nothing’s Kurupt FM will bring the sounds of West London’s finest fictional radio station alongside very special guest Goldie as well as undoubtedly one of grime’s elite producers, Rude Kid.

MADE… My Night tickets are available here: www.made-festival.co.uk