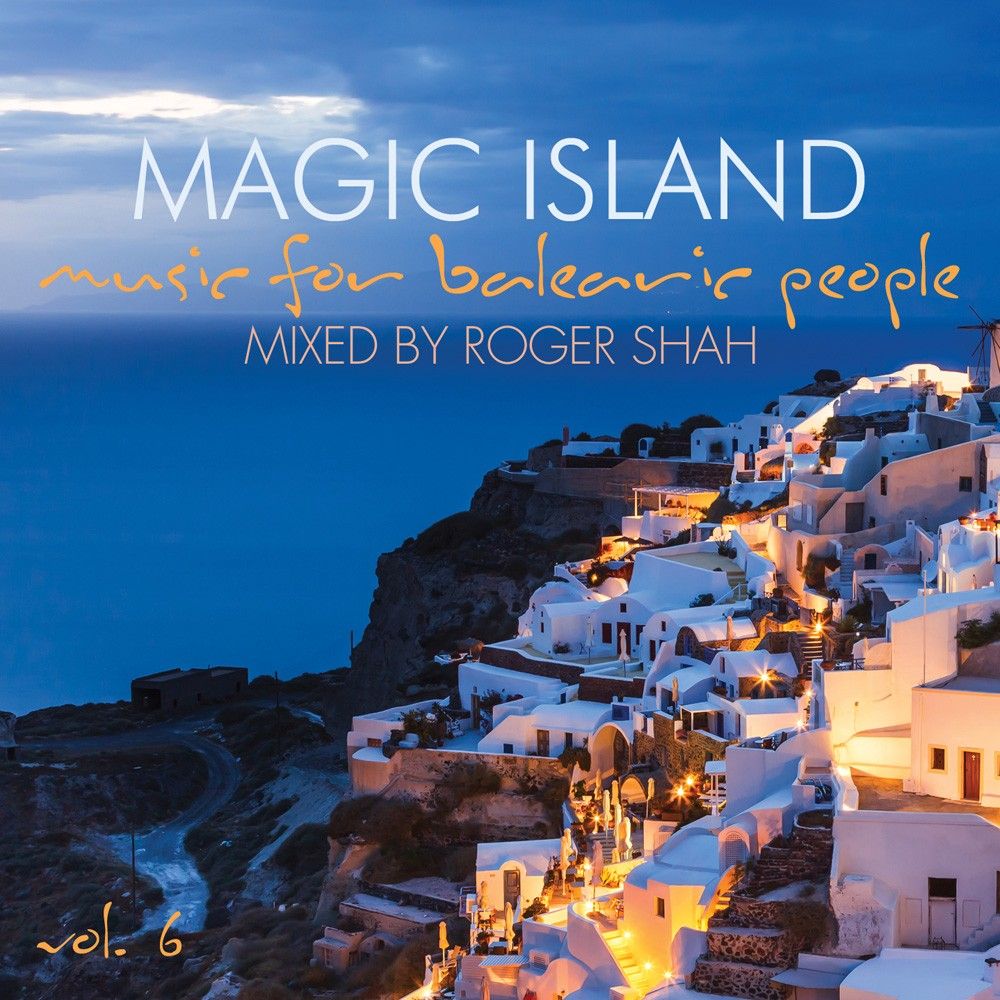 Over its lifetime, the Magic Island series has come to typify the antithesis of the phoned-in ‘Ibiza’ compilation, which crowd-out stores throughout summer. They’re a now 7-year and – as of this month – 6-release endeavour on the behalf of their creator Roger Shah, to fold the spirit, aura & essence of the Balearic way into a compilation series.

Through the collecting & mixing of supreme music – regularly encompassing live instrumentation and drawn from the widest band of the music spectrum, they are unique in both aim & end. With Balearia rarely far from his mind, this July sees Roger Shah release the next in the album’s evermore-anticipated series.

To organically lock its complete summer-summation, Roger once again splits the mix-deck, delivering discs which soundtrack both day & night. To do so, he’s elicited the best new studio-ware from an always-dependable band of production brothers.

So pack light and get set! That Magic Island’s magnetism is calling again…

The next chapter in his series of auditory Balearic ‘postcards’, Roger Shah returns in July high-season with Volume 6 of ‘Magic Island: Music For Balearic People’.

The sixth edition brings with it 2 hours, 40 minutes of up & downtempo grooves, through 36 new, studio-fresh tracks and mixes. Drawing you into the Magic Island’s thrall, each disc moves through a definitive sound & time arc. From the daytime locales of beach, pool & lounge, it slipstreams – with perfect tone, tempo & trajectory – into the nighttime’s bars and clubs.

Roger says on the release of this, the sixth chapter in his series: “For me, my Magic Island album volumes are always a good chance to show the world where I am at sound-wise as a DJ. What kind of styles I like and the type and range of music I play in my weekly Radio show. I think this volume has the widest sound range yet, starting at 120 bpm with Deep House and ending very uplifting around 138 bpm. A lot of people have been asking me if I would do a mix album this year again, so I followed the call. Here you go!”

The daytime disc embarks with the Magic Island Mix of Roger’s forthcoming single ‘Call Me Home’. Following last year’s ‘When You’re Here’ (his new Club Mix of which features on the second disc), it’s Shah’s latest studio cooperation with Dublin-based singer & songwriter Aisling Jarvis. From there, across a further 16 tracks, the mix undulates with the guitar-ish thrum of Brian Laruso & John James Renfrow’s We Used To Know’, the leading/tellingly titled indolence of ‘On The Beach’ from Rogier Dulac, the calypso-ish rhythms of Laruso & Eve Belle’s ‘Solace’ and Christian Drost’s thoroughly hypnotic ‘Colours Of Dawn’. Shah himself is back, featuring in a production capacity, at the mix’s midpoint. He dons his Sunlounger guise for ‘Sunkissed’ and as Global Experience, sublimates the unique ethnicity of the ‘Merina People’. As the first disc’s metaphorical sun starts to set, Roger finds time for ‘Pina Colada’ with CJ Seven, before the chiming uplift of Denis Sender’s ‘Ocean Dream’ surrenders it to the dusk.

Mix 2 seamlessly continues the transfer from ‘horizontal’ to ‘vertical’… Shah’s after-dark ethic has become considerably more robust in recent years and that’s immediately reflected through the inclusion of Hamza Khammessi’s ‘Distant States’ and Zage’s ‘Summer Rain’. Vocalled by Jan Johnston, and with Dirkie Coetzee on its production, ‘Only The Beginning’ adds more oomph to Disc 2’s club-ready feel. Roger & Ralph Fritsch’s Original Mix of Black Pearl’s ‘Bellagio’, the frisson temperament of Ender & Brodovsky ‘The Road Has No End’ and ‘Xanadou’ from Shah regular Kim Svard keep the tempo up and the floor moving. Michael Flint provides some ‘Refraction’ and UK producer Ronny K. teams up with the Czech mate Eddie Sender for ‘Genesis Two’, all before Pedro Del Mar & UDM bring events to a mighty head with the shimmering summer perfection of ‘Boundless’.

Wherever you are in the world, your 2015 Balearic ticket is awaiting collection. The 2015 cruise to the Magic Island leaves July 6th. Don’t miss this boat!