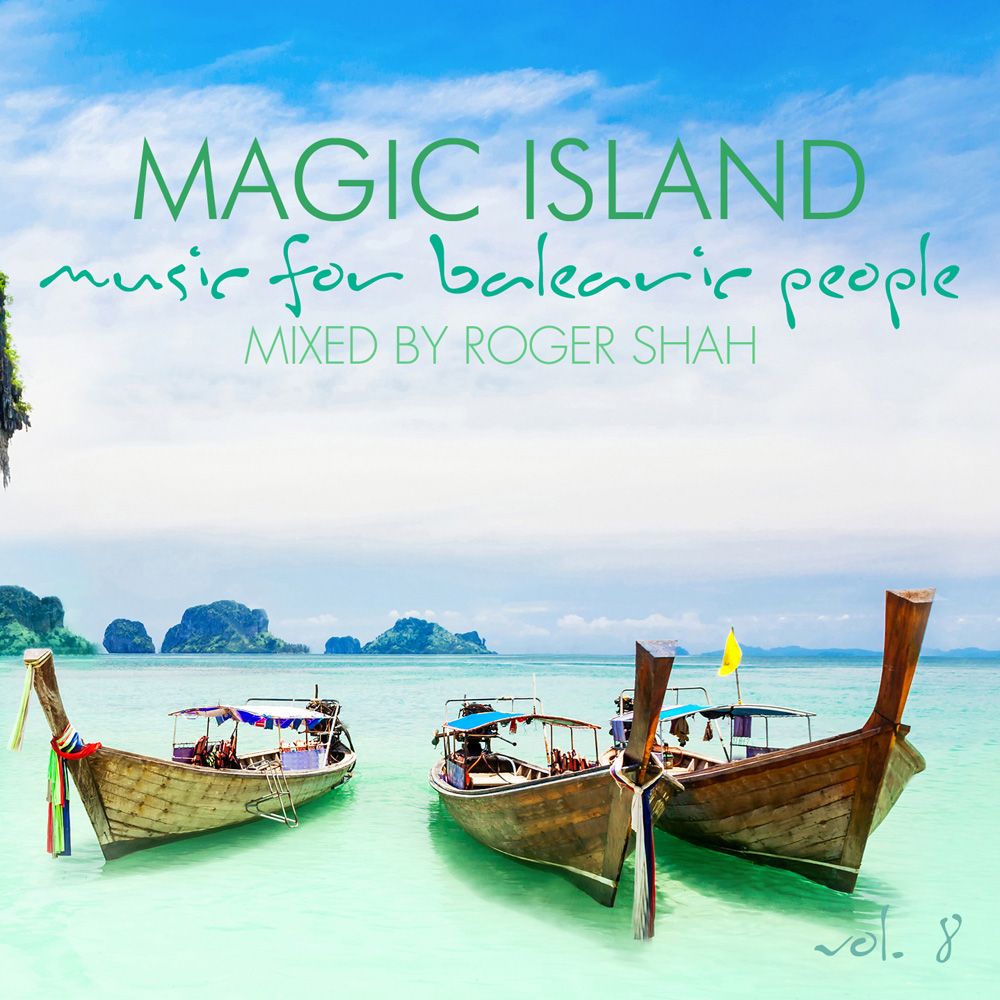 Musically encapsulating the summertime is something that’s held musicians’ rapt for decades. To some an art form, to others something approaching a science even, but to Roger Shah, it’s more like a calling. In his career that purpose has manifested in many forms. None have been more steadfast and successful than his ‘Magic Island: Music For Balearic People’ compilation series though.

With the same certainty that May turns to June, Roger’s yearly Balearic dispatch tells us that summer’s well and truly arrived. The eighth in the halcyon series sees him team up with Magic Island music makers, both new and established. Its tracklist sees familiar names abound, with fresh compositions from the likes of Brian Laruso, Raul Pablo Sanchez, Dirkie Coetzee, Pierre Pienaar and David Broaders all featuring. Equally quick to MI8’s discs are newer bloods, including music from trance souls like Bilal El Aly, Mark Norman and Rene Ablaze.

Both under his own name and that of his best-known/most-loved pseudonyms, no trip to the ‘Island’ would be complete without a wealth or Roger’s own latest studio creations. Across its two discs/mixes, the album heralds a pair of new High Noon At Salinas’ productions, as well his latest Sunlounger excursion. You’ll also find many a built-for-the-album MI:8 remix (including his heroic rework of JES’ ‘Photograph’) along with Roger’s latest with LeiLani (‘Eternal Time’) and his inspirational update of the classic ‘Castles In The Sky’.

Roger sees ‘Balearic’ not as a latitude/longitude point, but as a state of mind. Putting that into the clearest perspective, the first disc of Vol. 8 sees Roger address Music For Balearic People’s daytime attributes. Reclined tempos, swaying rhythms and cooler grooves abound as Brian Laruso debuts two new productions (‘Okushiri’ and ‘Killa’). They’re bookended by ‘Turnschuhe’ by Raul Pablo Sanchez and ‘Stars Above’ from Bob Memphis. With ‘Aqua’ and ‘12PM’, the mix’s midpoint serves two outstanding new High Noon At Salinas creations. Marking a subtle but perceptible shift in tone, Sunlounger, ‘Dancing With A Ghost’ enraptures, before a brace from Clarks (‘Sanya’ and ‘White Shores’) and Torio & Darkmada’s ‘Ascending’ sign Mix 1 off on a high.

On his process for the eighth ‘Magic Island’ compilation series, Roger says: “I‘ve again spent 4 months working on this new edition, going through more than 600 tracks to pick out those special ones, as well including a couple of my own new tracks. All the tracks/mixes are again 100% exclusively handcrafted for this album.

This time my wide range of sound selection goes from chilled and deep Balearic house tracks, to underground tech and sexy tribal grooves, before shifting up to proggier vibes on Disc 01. Disc 02 kicks off very melodic and then turns into uplifting euphoria. I mixed and recorded this album during my tour in Australia. City credits go to Sydney and Melbourne”.

With the ascension of the second disc, ‘Music For Balearic People Vol.8’ moves seamlessly from a day to night-time footing. The Juliet Lyons-sung/Bilal El Aly produced ‘After You’, ‘Santa Monica Sunset’ from Denis Sender and Roger’s MI8 Mix of JES’ ‘Photograph’ all showcase Magic Island’s clubbier virtues. Elevating its altitude higher are the latest from Dirkie Coetzee & VioLika’s ‘Adagio In F Minor’, ‘Colour My Eyes’ courtesy of Mark Norman and David Broaders epic ‘Giant’s Causeway’. In its latter stages, Roger & Inger Hansen’s choir-led revision of ‘Castles In The Sky’ captivates the mix before ‘Fallen Angel’ from Rene Ablaze and Pierre Pienaar ‘Emirembe’ brings it to its rapture-filled zenith.

A summer-summarising album of the highest order, you can pre-order your copy of Magic Island Vol. 8 – Music For Balearic People Mixed By Roger Shah here: https://magicisland.choons.at/vol8