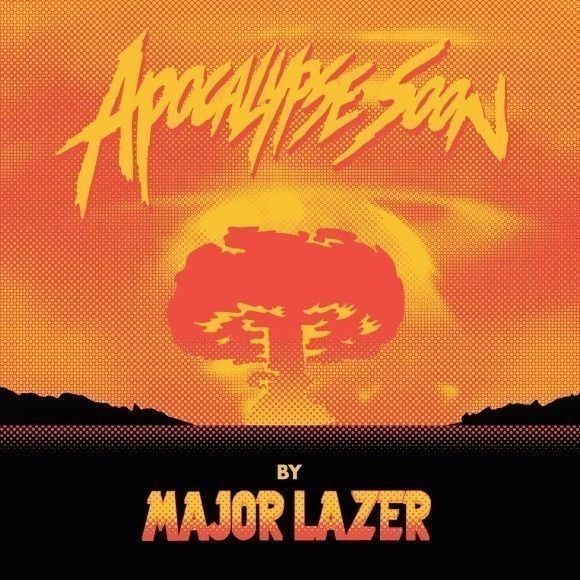 Major Lazer has announced their first official release of 2014, the Apocalypse Soon EP, slated for release February 25 via Mad Decent / Because Music.  Coming off a 2013 that saw nearly 34 million Soundcloud streams outlined in a Next Big Sound analytics report that listed Major Lazer at #3 in streams overall, the new chapter begins where Major Lazer, led by Grammy nominated  Diplo, left off in 2013.  Once again, Major Lazer has recruited some of the biggest names in music to collaborate on the 5 track EP including Pharrell Williams and Sean Paul as well as Machel Montano, RDX, Moska and Mr. Fox.

With every new beginning, one must come to an end, and with that, Major Lazer concludes their Lazer Strikes Back series with Lazer Strikes Back Vol. 6 – The Last Chapter; A collection of dub versions and remixes from last year’s Free The Universe brought to you by the Glasgow collective Mungos Hi Fi and the Hamburg power duo So Shifty.  These two outfits give “Get Free”, “Jah No Partial”, “Bumaye” and more, the international dub treatment to help usher in Apocalypse Soon. As if that weren’t enough, you can now listen to Major Lazer member Walshy Fire’s BBC Radio 1Xtra Major Lazer Mix below which features exclusive previews of several of the new tracks off of Apocalypse Soon.