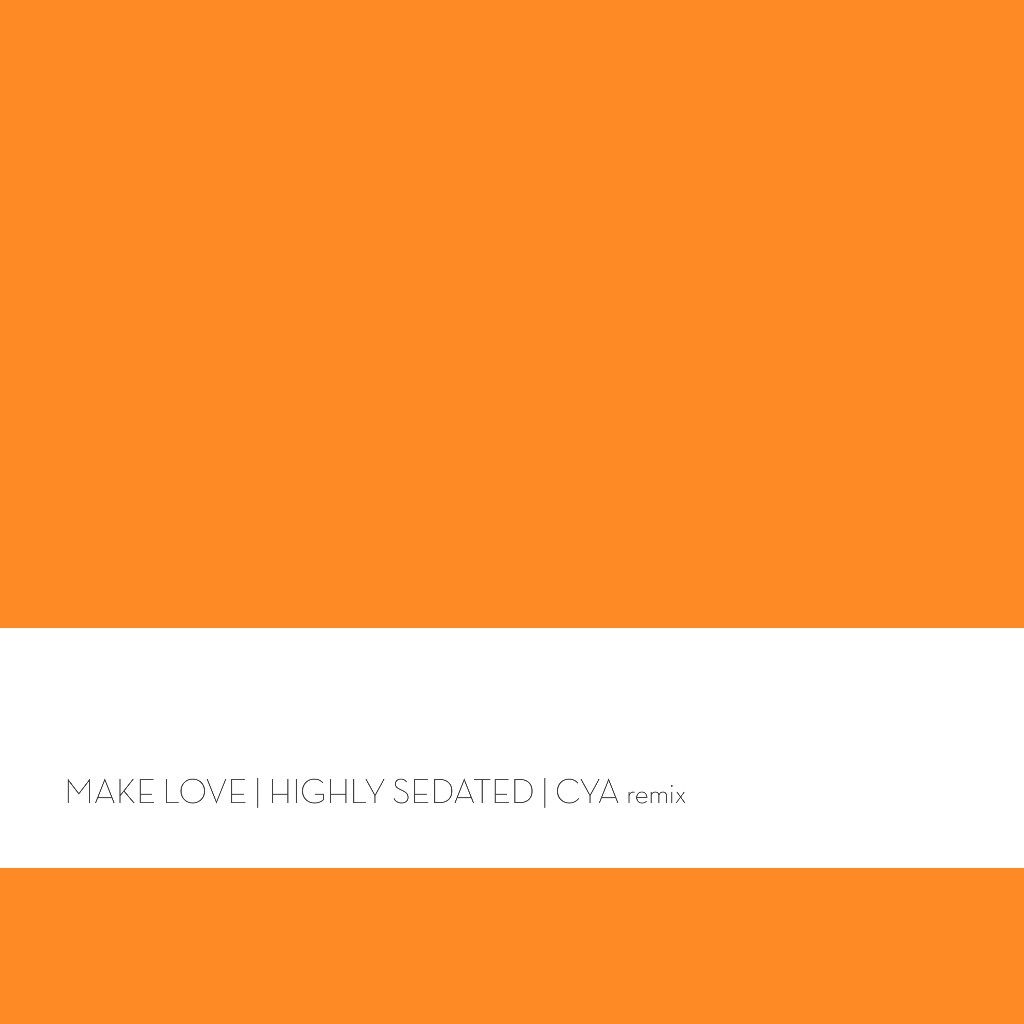 Swedish electronica band Highly Sedated have recruited enigmatic duo CYA to remix their single 'Make Love', which is due for release on 12th May via Steve Angello's SIZE imprint.

CYA's rendition boasts swarming synth patterns and a driving bassline, surrounding a captivating male vocal. The original of 'Make Love' was released last year and was met with acclaim. The atmospheric track rapidly became a firm fixture in Angello's sets and it continues to thrive online.

Formed in 2015, Highly Sedated is a result of a group of brother-like friends with a wide difference of musical backgrounds coming together. Their latest single, 'Last Call' is another strong display of their eclectic taste and genre-bending style.

CYA's remix follows their debut release 'Mistakes' which received its first play on Angello's BBC Radio 1 residency show and received support from Pete Tong, who played the track on his revered show. This summer, the duo will be playing The Ghost Ship's second phase, one of the biggest festivals in the Mediterranean Sea.

The dark, anthemic remix is set to add to the excitement surrounding both Highly Sedated and CYA's flourishing careers.