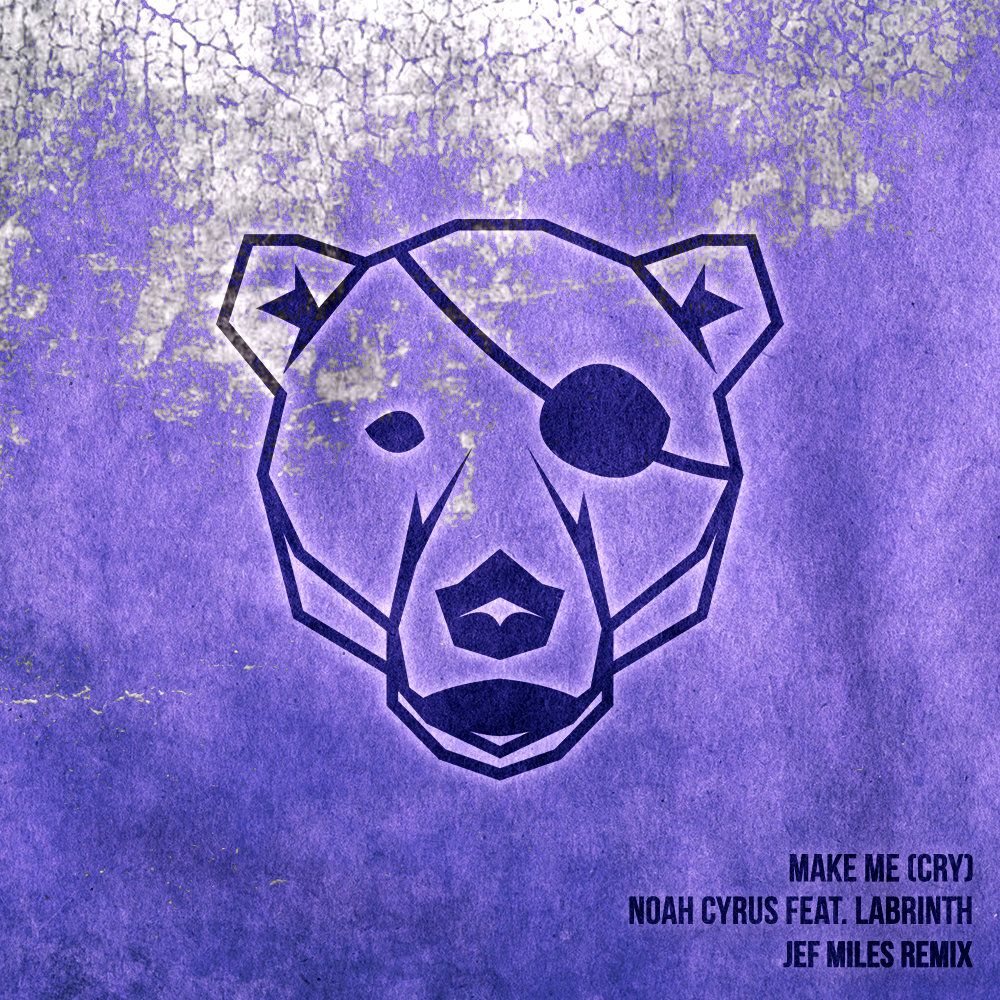 Noah Cyrus, nothing short of a familiar face when it comes to mainstream media, with being the younger sibling to worldwide sensation Miley Cyrus and daughter of country legend Billy Ray Cyrus. The 17-year-old released her debut single, ‘Make Me (Cry)’ back in 2016 featuring English born and bred phenomenon, Labrinth. Fast-forward to now, admired Vancouver based duo Jef Miles consisting of Jeffery David Harris and Myles Power, have implemented their own depiction to the hit.  The duo has received outstanding support from one of the industry’s most influential DJ’s, Tiesto, through his Club Life radio show. Jef Miles is certainly an EDM duo to keep on watch for, as they’re rumbling beneath the surface, about to break through at any moment.

The remix kicks off delightfully, with Noah’s vocals glistening over the underlying piano that just puts you in awe. It further on builds up into a monumental drop, driven by the power of the acoustic drums and a solid chord structure, which is enlightened by vocal chops which guides it into a unique break-down. Throughout the breakdown, the vocals are escorted by its double that is transposed down to bring the tension up as we move on into yet again a mammoth drop. ‘Make Me (Cry)’ in the Jef Miles remix is out now!