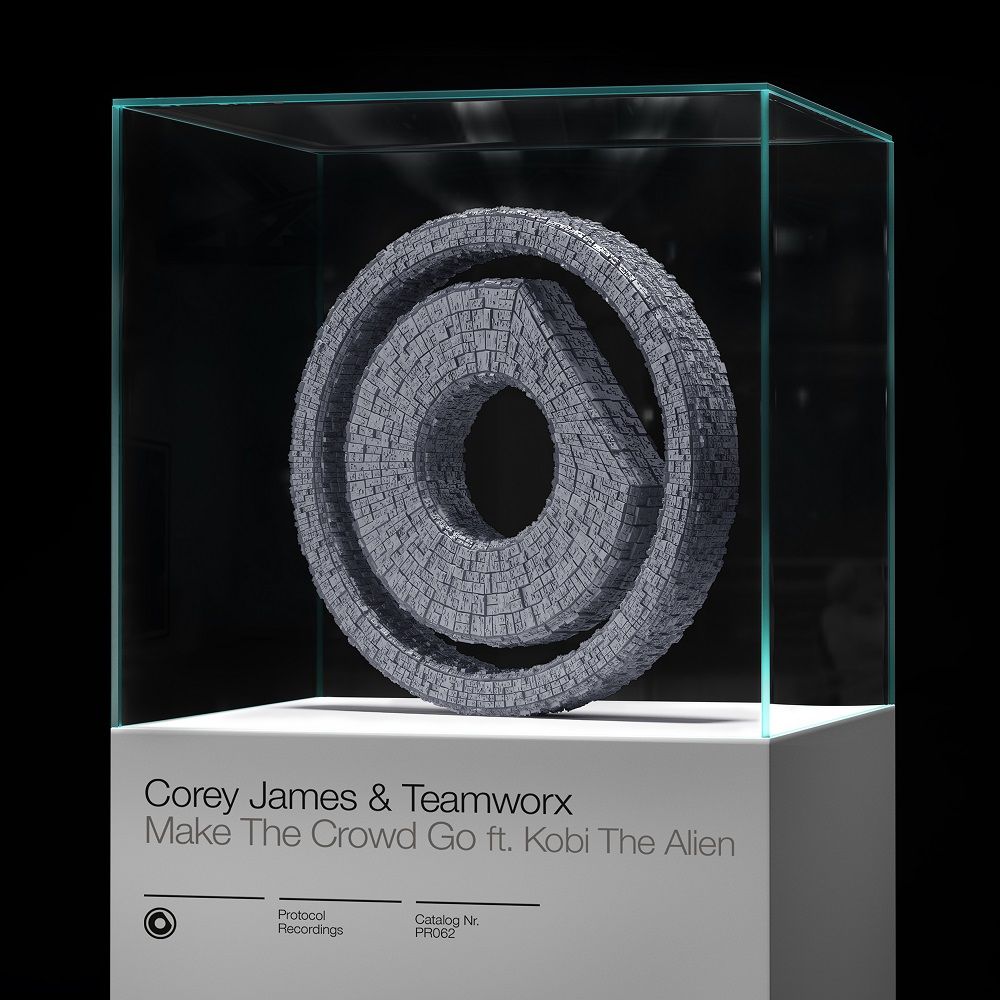 Nicky Romero's imprint Protocol Recordings is proud to welcome back Corey James and introduce both Teamworx and Kobi The Alien. Liverpool’s Corey James already boasts a handful of Protocol hits including “Covka” with Will K, “Naboo” with Tom Tyger and “Collage” with John Christian & Arin Tone, which also became a staple in Nicky Romero's sets. Corey James now calls on Israeli DJ duo Teamworx and Israeli rapper Kobi The Alien to help him "Make The Crowd Go". The electro house tune was played by Steve Angello and Fedde Le Grand during their Ultra mainstage sets and by Corey James himself at Life In Color UK on the Protocol Stage.

In the vocal mix, Kobi The Alien's verses are down-pitched to fit the darker, club-ready sound of the track. The verse spirals us into a bouncy bass-drop with angelic chords in the transition. In the second half of the drop, the bassline is thickened with a higher-register synth that the fire of this track. It's no surprise that the release charted in the Top 10 on Beatport's Electro House chart.

The Protocol team showed their love for this bass-driven, garage-stab-filled tune by featuring its instrumental mix in their Miami Compilation. Fans can expect to see Corey James at festival stages internationally, starting with his set at Creamfields 2016.

As a home to bubbling producers, Protocol Recordings gives them the platform they deserve. 2016 will see their all-star roster at Protocol Stages from Belgium's Dreamville Festival to Tomorrowland Brasil.

For More Information On Protocol Recordings, See The Following:

For More Information On Teamworx, See The Following: