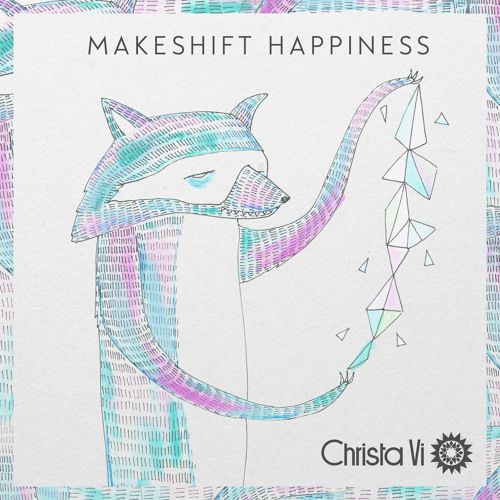 In her new EP Australian / German Singer Songwriter Christa Vi has been crafting her sound over a number of years both independently and through collaborations with fellow artists such as Box of Wolves from Canada (Electronic Rumors) and Australian songwriter Ben Salter (ABC Music). The title track of Christa Vi’s latest EP, ‘Makeshift Happiness’, has been co-produced by Dalston-based mastermind Andrew McDonnell who has worked with the likes of Petite Noir, Suns & Crystal Fighters. The EP also features remixes by Kentucky-born beat-master DJ AMTRAC (Blanco Y Negro) and LA dweller Small Pyramids (Glasgow Underground,) with both artists putting their signature stamp on Christa’s unique brand of synth-centric indiepop.

‘Makeshift Happiness’ is set for release on 25th September via Christa’s own record label, Tangelo Records. The EP draws on Vi’s strengths demonstrated in previous material and transforms them into something far more delicate and darker. A casual obsession with origami and paper-craft inspired the concept of creating something beautiful or functional out of something ordinary- a metaphor for making the best of life’s hard knocks.

Makeshift Happiness, released 25th September, is a true testimony to the capability of genre-defying Christa Vi. The 4 track EP will also include a radio edit alongside the title track and the AMTRAC and Small Pyramids remixes.