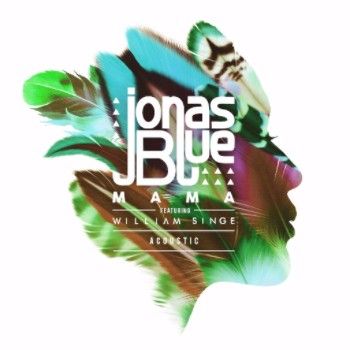 Currently storming up the Top 5 of the UK Official Singles Chart with his silver-certified hit, ‘Mama’, Jonas Blue has now unveiled a special acoustic version of the track.

The acoustic version of ‘Mama’ gives the single a fresh perspective. The stripped-back rendition opens with smooth guitar melodies and builds slowly, with William Singe’s phenomenal vocal range on display throughout. Additionally, the acoustic version shows his musicality away from the decks, revealing another side to the talented British tastemaker.

‘Mama’ has made a massive impact since its successful launch in May. Now hitting 100 million Spotify Streams, the single is a firm fixture in the Top 5 of the UK Official Singles Chart, and is also a mainstay in the Top 5 of the Shazam Chart, remaining there for its sixth successive week. Elsewhere, the accompanying music video is closing in on 60 million YouTube plays.

Hot off the back of his explosive debut performance at EDC Las Vegas, Jonas is gearing up for his live sets at notable festivals, including Tomorrowland, V Festival and SW4, as well as making his eagerly-awaited return to Ibiza this season.

‘Mama’ is quickly becoming this year’s summer anthem and has ultimately positioned Jonas Blue as the UK’s artist of the moment.