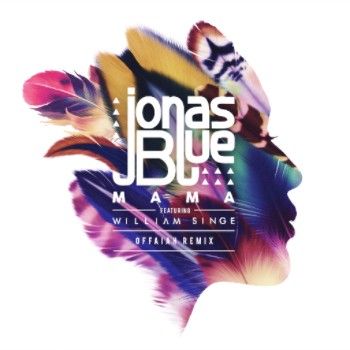 offaiah’s rework gives ‘Mama’ a new dancefloor perspective. Built around William’s original vocal, the uptempo remix begins with a storm of piano chords and a stomping bassline, before propelling into a barrage of swarming synth patterns and hard-hitting snares.

offaiah flew into the spotlight last year with debut single, ‘Trouble’. The dancefloor filler received a wealth of support across BBC Radio 1, where it hit #1 on the station’s dance chart. Additionally, Annie Mac named the track her ‘Hottest Record of The Week’, and Danny Howard gave it ‘Future Dance Anthem’status. Elsewhere, offaiah has successfully crafted remixes for the likes of Calvin Harris, Emeli Sandé and RAYE.

The original of ‘Mama’ has attained over 56 million Spotify streams to date, and continues to make a massive impact in the charts. Currently #6 in the UK Official Singles Chart, ‘Mama’ is holding its #5 position on the UK Spotify Chart and its spot in the Top 10 of the iTunes Singles Chart. Not stopping there, the accompanying music video has hit 30 million views on YouTube.

Jonas is gearing up for his debut appearance at EDC Las Vegas, before embarking on notable festivals this summer, including Tomorrowland, V Festival and SW4. He will also make his return to Ibiza this season, where he’ll play sets at David Guetta’s BIG residency at Ushuaia, Robin Schulz’ residency at Pacha and Hï Sundays! at Hï Ibiza.