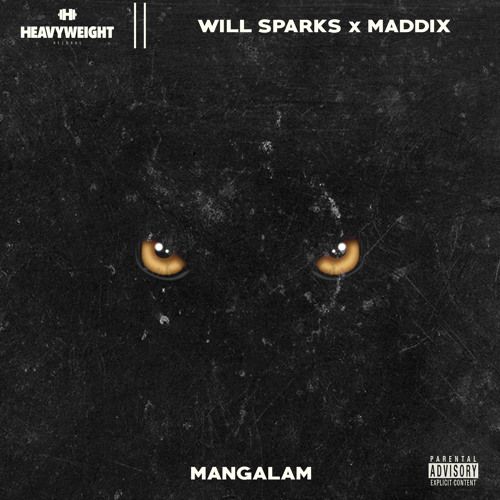 Will Sparks and Maddix deliver a hard-hitting fusion of bounce, hardstyle and tribal rhythms on their new collaboration "Mangalam" for Carnage's Heavyweight Records. Sparks first became well known as a leader in the Melbourne bounce genre and that influence is clearly heard in "Mangalam"'s upbeat kick drums, but it's the layered complexity of intense basslines and a tribal vocal riff that gives the track its name make it a real stand out. This release follows Will's singles "Tombstone" with SCNDL on Monstercat and "Flakka Flakka" on Armada Music. This is his first collaboration with talented newcomer Maddix, who has worked with Hardwell on collaborative "Smash This Beat" and "Bella Ciao" singles. "Mangalam" is a word that signifies good fortune in Sanskrit, and we're sure that it will be a self-fulfilling prophecy by firing up dance floors around the globe.

Australian DJ and producer Will Sparks made waves in the dance music circuit in 2014 when his single "Ah Yeah So What" became an international hit. That year Sparks was named No. 1 Australian DJ, "Best Breakthrough Artist" by inthemix, and was included in Billboard's "10 Young EDM Stars to Watch" list, making him a household name for anyone in-the-know. The iconic party track "Ah Yeah So What" was included in Zac Efron's music themed drama film "We Are Your Friends" as well as The Rock's hit TV series "Ballers" and became the basis for his catchy, bouncy signature sound. Sparks proved himself far from a one-hit-wonder, going on to release tracks on major labels like Sony Music, Ultra Records, Armada and Spinnin' and creating remixes for Major Lazer, The Chainsmokers, Robin Thicke, Iggy Azalea, Laidback Luke and Hardwell. His live performances are known to drive crowds into a frenzy at festivals such as Tomorrowworld, Tomorrowland, Electric Daisy Carnival, Ultra Music Festival, Stereosonic and Future Music Festival. Up-and-coming Dutch producer Maddix is building a formidable name for himself early on by remixing Calvin Harris ft. Ellie Goulding's "Outside", Sick Individuals' "Alive" and collaborating with Hardwell, Timmy Trumpet, Olly James and Kris Kiss. Adding "Mangalam" to his resume only promises more energetic tunes from this young artist. Keep an eye out for more new music from Will Sparks, Maddix and Heavyweight Recordsin 2019!