Various Artists - Marathon, Not A Sprint! 10 Years of Greco-Roman 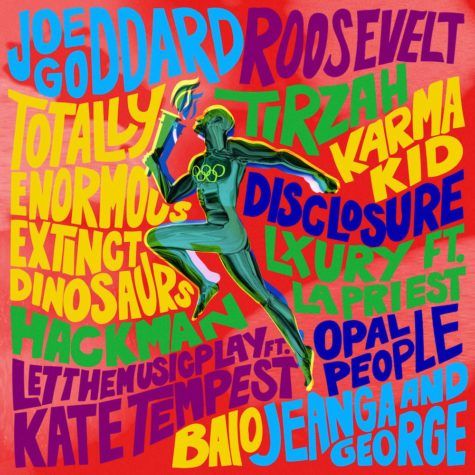 Various Artists - Marathon, Not A Sprint! 10 Years of Greco-Roman

Today, the leisurely underground label Greco-Roman hits its stride and celebrates 10 years of music with the release of Marathon, Not A Sprint! 10 Years of Greco-Roman. A 14-track compilation, Marathon, Not A Sprint showcases the best of the label from the last decade with singles from Totally Enormous Extinct Dinosaurs, Joe Goddard, Baio, Roosevelt, Disclosure, guest features from LA Priest andKate Tempest and newcomers to the label Opal People. With one foot firmly on the dance floor, the label will also re-release their biggest club records and remixes from the likes of Dixon, TCTS, Detroit Swindle, Four Tet, Kornel Kovacs, Moscoman and more on a series of Ltd Edition 12”s.

Originally taking their name from the Olympic wrestling sport, the Greco-Romans now turn to the mythical marathon runner for inspiration – the perfect symbol of endurance and athletic prowess – to neatly capture the ethos that making breakthrough records can take a very long time. Building artist careers is a sport that requires patience and training, and most of all – it’s all good, sweaty fun! And for that last reason, its revered roster join forces once again with Totally Enormous Extinct Dinosaurs returning from LA to play with Joe Goddard, Roosevelt and more on a retrospective European tour in July that spans Glastonbury, Oslo, Barcelona, Brighton, Berlin and London.

Starting out as a speakeasy party collective in London and their second home of Berlin, Greco-Roman was an elaborate and very time-consuming hobby founded in 2007 by Alexander Waldron (Boiler Room, !K7, Island, XL), Joe Goddard (Hot Chip) and Dominic Bastyra. Over the past 10 years this slow and measured independent label has side-stepped the ordinary, slowly forging their own sonic path and launching the careers of Roosevelt, Disclosure, Totally Enormous Extinct Dinosaurs, Joe Goddard, Tirzah, TCTS, Lxury and now Opal People with sharply A&R’d EPs, epic low budget videos and daring live shows.

Throughout its history, Greco-Roman has obeyed its mantra – ‘we make colourful music because we dance in the dark’. And so, with every bright, ambitious electronic pop record came a dark underground party, luring friends, remixers, peers and luminaries such as Skream, Basement Jaxx, Roman Fluegel, Thom Yorke, Disclosure, Caribou, Gold Panda and James Blake to off-radar locations from London to Paris to Berlin. Their considered and artistic approach to releasing music has been supported by media and tastemakers across the board from BBC Radio 1 and 1xtra, Pitchfork, BBC 6 Music, Annie Mac, XLR8R, i-D, DAZED, FACT, RA, The Guardian and Mixmag.

Deftly skipping across a decade of recorded music industry slump and ’the death of the record label', Greco-Roman’s legacy seems even more impressive, defying the odds in 2017 with solo artist album releases from Joe Goddard and Roosevelt and an anniversary compilation.

Marathon, Not A Sprint! 10 Years Of Greco-Roman is out now!