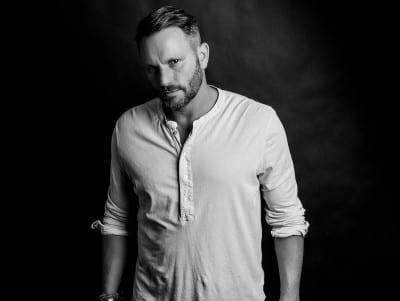 Toolroom founder Mark Knight will host a monthly Saturday night slot on Mi-Soul Radio from Saturday 02 March, taking over from Paul ‘Trouble’ Anderson who sadly passed away in late 2018.

Mark Knight’s show will run on the first Saturday of every month from 7-9pm, and afford him the opportunity to tell the story of his musical history across two hours. Mark’s entry into house music came through pioneering DJs like Paul Anderson, so to be asked to host this show has been a huge honour for him.

“It’s no exaggeration to say that without Paul, I probably wouldn’t be doing what I do today. He has been a massive inspiration to me and hugely influential throughout my career.  Back in the day, every Saturday night I would religiously tune in to Paul’s legendary Advance Dance show on Kiss FM.  I always dreamt that one day could I be as good as Paul – he was like a god to me.  And without fail, every Wednesday we went to his “Loft" night in Camden’s HQ, dancing until we were late for work the next day. So to take over from him, albeit in these sad circumstances, creates a fitting circle in my career.  I just hope to do him proud.” Mark Knight

Mark's musical history is entrenched is soul and hip hop.  Growing up in the  late 80’s and early 90’s, every evening was spent by the radio listening the shows of Froggy , Greg Edwards and a very young Pete Tong – either taping music or writing titles down from the likes of The BB&Q and Leroy Burgess through to the mind- blowing productions of DJ Eddie F.  He  would then take these playlists to Blue Bird or Trax in London’s Soho on a Saturday afternoon, slowly building a catalogue of music that has been the foundation of his musical career.

In the years since, Mark’s productions have powered the rise of his label Toolroom. Known for his prolific output of original tracks, classic remixes and renowned production work for other artists, he’s known for his ability to stay at the top of his game.

Founded by the team who took Kiss FM from pirate to Plc, Mi-Soul is a music platform, broadcasting across London, Brighton, Manchester and Glasgow on DAB, online through its website mi-soul.com and mobile phone apps from a fully equipped studio based in the Stephen Lawrence Trust building. A team of over 70 DJs, the most experienced, credible and passionate in the industry are presenting a wide range of ‘Soulful’ music live 24/7, to an audience’s worldwide.

Over a career spanning four decades, the pioneering DJ Paul ‘Trouble’ Anderson could claim to have been at the forefront of most of the significant shifts in UK club culture. From the youth clubs and soul scene of the seventies right through to the global dance music festivals of today, Anderson was there at every turn. Clubs, roller discos, sound systems, warehouses, orbital raves, super-clubs, Anderson did them all and was usually first to the party.

For more information about Mi-Soul and to tune into Mark Knight’s show, head to: https://mi-soul.com