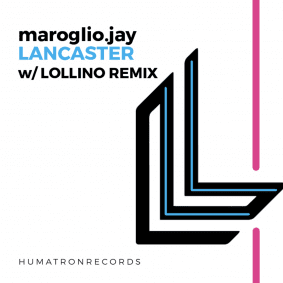 Italy’s maroglio.jay returns to his Humantron Records imprint with a vibrant house single entitled ‘Lancaster’ including a remix from Lollino.

Giovanni Maroglio aka maroglio.jay has surrounded himself with electronic music from a very young age with his hard work eventually earning himself DJ sets in and around Italy in addition to other European locations. In 2015 Giovanni started Humantron, a club night built with the desire to bring a new musical movement to his hometown in Northern Italy which eventually became a label in 2017 releasing music from the likes of Dulmin, Figio’s, Willo and many more. Giovanni invites Kappa Futur Festival resident and regular at the Humantron parties, Lollino to remix ‘Lancaster’ following his recent releases on Yaww Recordings and DPE.