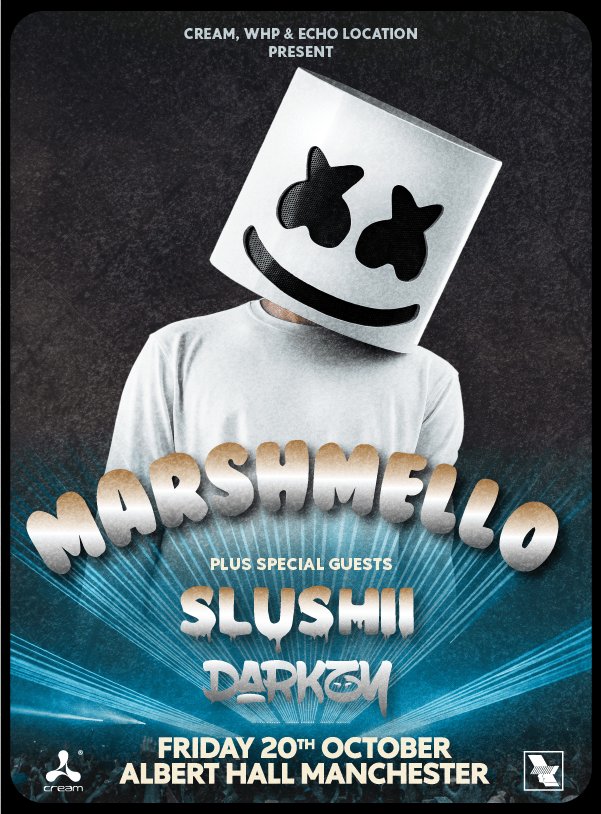 One of dance music’s biggest DJ/Producers Marshmello returns to the UK in October for a series of shows with the northern leg of the tour landing at Manchester’s Albert Hall on Friday 20th October.

Having garnered a global fan base as a producer through collaborations with the likes of Diplo, Skrillex and Avicii to name a few, it was a natural progression to venture solo and he hasn’t stood still since. As one of the new breed of superstar DJ’s, its testament to his ability to merge genres from blood pumping bass, hip hop, trap and pop laden grooves into his trademark hyper frenetic performances that gets the crowd moving that ultimately appeals to the masses.
Armed with his iconic white Marshmello helmet, the masked DJ/Producer lets the music speak for itself and in a short space of time has dominated both the charts and DJ circuit. With a series of high profile performances at some of the world’s most revered festivals including the likes of Creamfields, Tomorrowland and EDC Vegas, another album in the pipeline and what is set to be another sell out UK tour, there is no slowdown in sight for Marshmello.