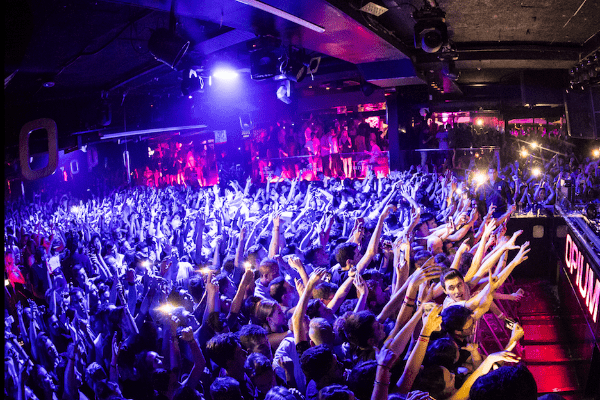 The Opium brand has been consolidated throughout the years as the most quality and cosmopolitan leisure proposal in the city, and its recent expansion to other countries such as the United Kingdom has also strengthened it internationally. Today Opium is a reference brand and this is proven by the visit of world-class artists such as Tiesto, David Guetta, Armin Van Buuren and Hardwell among many others.

WEDJ's is the summer festival with which Opium Barcelona welcomes all the great DJs of electronic dance music. This year, like on its previous editions, Opium Barcelona has had a first level poster, with Martin Garrix being the star of the season.

For this reason there was no doubt that the performance of the Dutch was going to be a remarkable success. So it was. When we say Martin Garrix we are not talking about an ordinary DJ, but it is an artist who in just 5 years has climbed to the top and has been crowned as the best DJ in the world, named by the specialized magazine DJ MAG for two consecutive years. Being only 20, Garrix has founded of his own record label "STMPD RCRDS" and is the creator of hits that have reached number 1 in many countries. A good example is the song "Animals", a track that led him to success and positioned him amongst the best.

With a guest artist who brings such a history behind his back, Opium Barcelona had been preparing to hang the SOLD OUT poster for days. The queue to enter the club was endless from the first hour and the dance floor was soon totally crowded. Martin Garrix did not make himself beg and at the scheduled time jumped into the cabin with an overwhelming energy, so typical of in him.

The performance of the artist has been more than satisfactory. During nearly 2 hours, he made the whole  dance floor become ecstatic dancing and singing, with  his already well-known hits such as "Scared to be Lonely" or "Like I do", a track where he jumped on the booth and encouraged the audience from above. With an indelible smile on his face, Garrix gave himself up completely throughout his performance. And it is that dealing with such a young artist, there is no doubt that his staging was going to be full of energy, jumps and a lot of emotion.

Attendees said goodbye to Garrix between cheers and Opium Barcelona closed the night hanging the big SOLD OUT poster. After having witnessed a constant success in the last editions, and after having shown it again this season, there is no doubt that when we talk about Opium we are talking about a reference brand in the whole World.