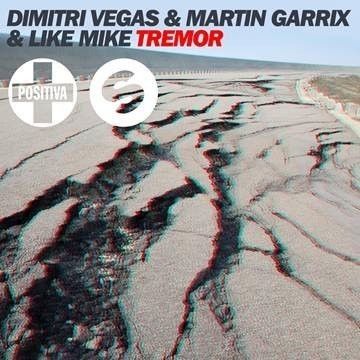 When three of electronic dance music’s biggest, most revered names in Martin Garrix, Dimitri Vegas & Like Mike collaborate, the results are bound to be extraordinary and on storming new club track ‘Tremor’, the trio certainly don’t disappoint. With Garrix following up his rip-roaring recent single ‘Wizard’, the video to which has gone to amass well over 45 million views on YouTube, and building on the unparalleled success of 2013’s chart-topping anthem ‘Animals’, ‘Tremor’ goes on to showcase his precocious talents even further.

Sounding every bit an electro-house anthem from the off, ‘Tremor’ sees Garrix, Vegas & Like Mike unleash their collective penchant for colossal, big-room sounds. With huge, contorted synth lines setting the tone early on, the rest is left to a rampaging, thick-edged bassline that carries the track firmly into club territory. Sure to be a huge hit with fans, ‘Tremor’ is surely another crossover club smash in waiting.

With a coveted new residency at BBC Radio 1 confirmed and fresh from main stage appearances at both Coachella and Ultra Music Festival, Martin Garrix remains firmly focused on fine-tuning the remarkable, club-focused sound that have helped establish him as one of dance music’s most sought after young artists.