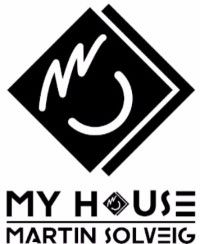 After an enormous 2015 which saw Martin Solveig enter the UK Top 5 for the first time with his hit ‘Intoxicated’, the charismatic Frenchman and long-time Pacha resident has announced he will once again bring the very best of house music and more to Ibiza with the return of ‘My House’ for 2016.

Running from the 25th May – 5th October with a total of 20 dates throughout the season, ‘My House’ will see Martin accompanied by some of the hottest DJ’s on the Island as he celebrates 11 years at Pacha.

Diplo, Mark Ronson, A-Trak and 2manydjs were just a few of the guests in 2015, and this year is set to raise the bar higher yet.

Pacha and Martin Solveig are excited to present one of the craziest nights in Ibiza with the very best tunes from Martin himself and from across the globe; together bringing Martin’s unmistakable stage-presence and unique musical universe to the Ibiza crowds – all under the ‘My House’ roof.