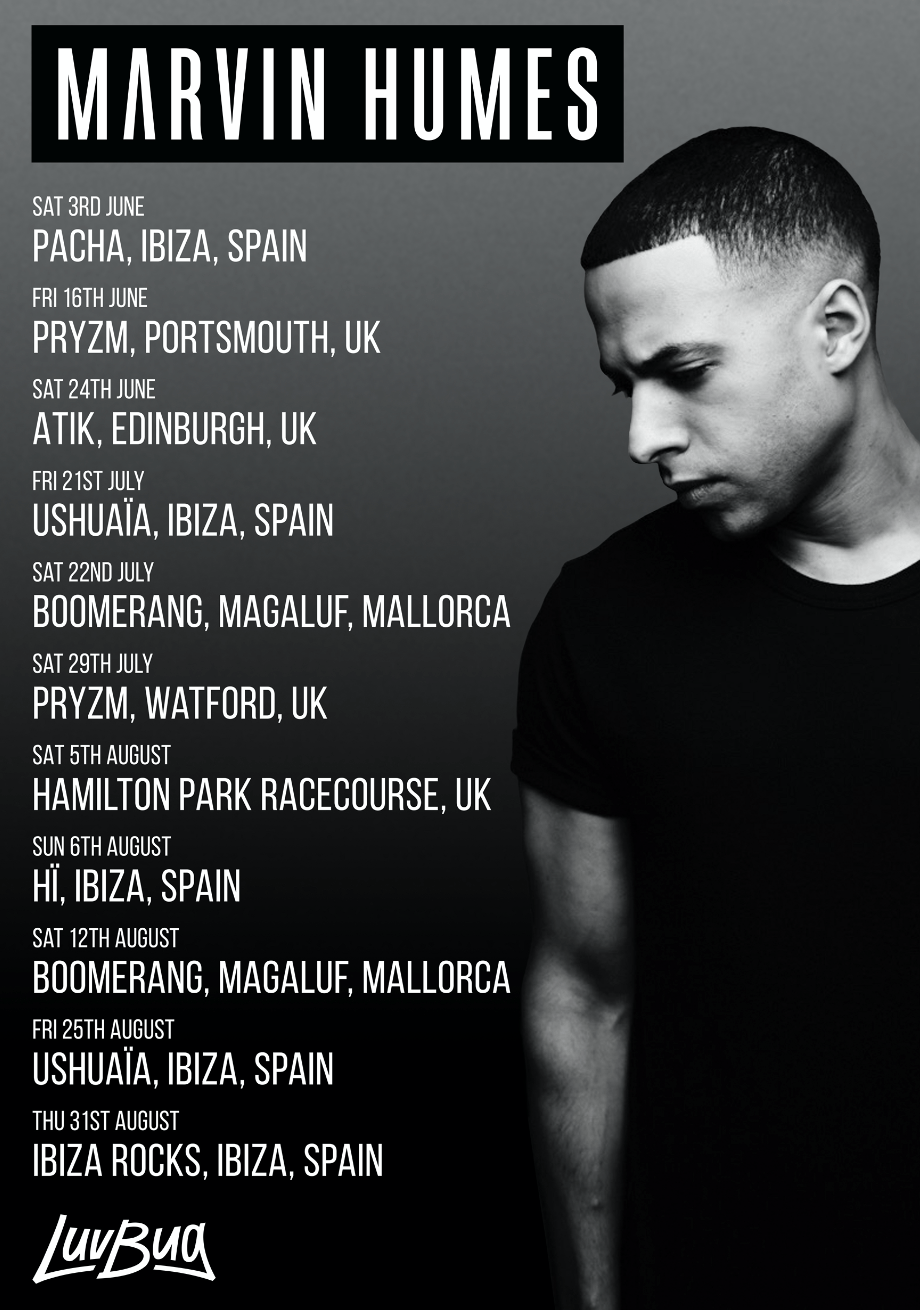 British DJ, producer and broadcaster Marvin Humes has announced his return to Ibiza this summer. Marvin kicks off the season at Bob Sinclar’s ‘Pure Pacha, Paris by Night’, before playing at Tinie Tempah’s ‘Disturbing Ibiza’ at Ushuaia Ibiza alongside the legendary DJ EZ, as well as Craig David’s ‘TS5’ at Ibiza Rocks. Marvin will also join Mambo Brothers’ brand-new residency ‘Hï Sundays!’ at the newly launched Hï Ibiza, alongside a selection of high-profile guests including Jonas Blue, The Magicianand Danny Howard to name a few.

No stranger to the White Isle, Marvin showcased his talent behind the decks last summer at Café Mambo, where any DJ worth their salt have graced the decks over the years. He also played at Martin Solveig’s‘My House’ Ibiza residency at Pacha, alongside the likes of Mark Ronson, Diplo, Clean Bandit and Blonde.

Marvin’s forthcoming season on the Island will be his biggest yet and will add to the remarkable success he has achieved over his fourteen-year career. Alongside his return to Ibiza, Marvin will also shine a spotlight on his production abilities through his own material in the coming months. Currently working in the studio with the UK’s rising underground dance talent including Kideko, George Kwali and Alex Adair, Marvin is ready to cement his place as a respected DJ, producer and tastemaker, equipped for the next chapter in his music career.