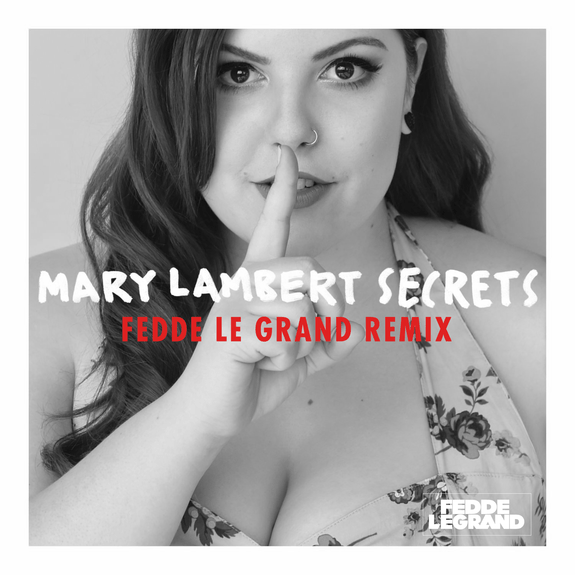 Fedde Le Grand once again continues his prolific form of 2014, this time with his pumping new remix of Mary Lambert’s ‘Secrets’, out now via Capitol Records.

Ever since its world premiere on Danny Howard’s BBC Radio 1 Dance Anthems show on 30th August, the track has sparked fever-pitch levels of excitement amongst the online community with the radio rip racking up hundreds of thousands of Soundcloud plays. Now available to stream in full, this remix looks set to be yet another success story for the Dutch hit-machine as he continues to expand his ever-growing catalogue of club classics.

With Lambert’s original already boasting a set of wonderfully infectious sing-along vocals, Fedde exploits them to the fullest with his bouncy, feel good, dancefloor production that will have crowds going crazy as the super producer enters his fall world tour. Built around a simple but innovative synth hook that continues to develop throughout, the track offers an exciting and energetic take on the original that both Fedde and Mary Lambert fans are sure to love.

Alongside this, Fedde also drops a frantic trailer for his high-energy ‘Secrets’ edit. A ‘must see’ for fans worldwide, this video features exclusive and never-before-seen footage from his breathtaking SW4 show this summer. Check it out:

In addition to live shows and studio time, Fedde has also been helping Beatport celebrate its tenth anniversary by releasing his very own Flamingo Recordings #Beatportdecade Progressive House compilation. Featuring ten massive tracks from the likes of Fedde Le Grand, Nicky Romero, Jewelz & Sparks and many more, this compilation showcases the very best Progressive House tracks from the Flamingo catalogue.

Continuing to prove why he is still one of the biggest acts in electronic music, Fedde Le Grand has electrified some of the world’s biggest festivals this summer, including Ultra Europe, Tomorrowland and EDC Las Vegas. With dates at Road To Ultra Thailand and Ultra Japan on the horizon, as well as a slew of additional shows across Asia and North America in October, the time is ripe to catch the artist in his prime.