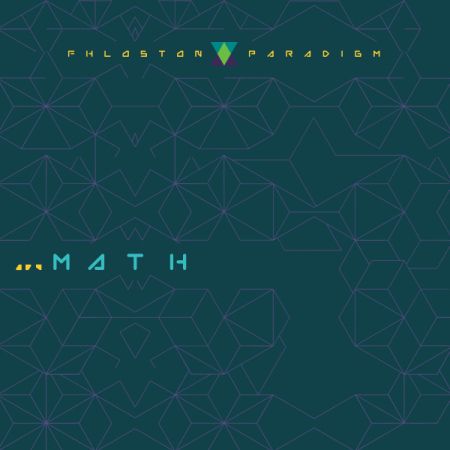 Fhloston Paradigm is the stargazing alter ego of veteran Philly electronic artist King Britt, a side project that first surfaced in 2014 with a release on the Hyperdub label. Now in 2017, taken from King’s newly released, otherworldly Fhloston Paradigm album, ‘AFTER…’, come 3 remix interpretations of the opening song ‘…MATH’.

“The beautiful thing about remixes, is that they're a welcome departure from the familiarity of the album – a departure into new fragments of the future while maintaining the focus of the now.” – King Britt

On his latest album as Fhloston Paradigm, Philadelphia’s renowned DJ and producer King Britt realizes his most adventurous and dynamic self by traveling deeper into space. His 2014 Fhloston Paradigm debut ‘The Phoenix’ married analogue synths, opera, and electronic music. With ‘AFTER…’, Fhloston Paradigm breaks away from the vehicle that inspired his moniker – the 1997 Luc Besson film ‘The Fifth Element’ – and the mad scientist aesthetic of his earlier work, with a more focused and polished version of the out there Fhloston sound.

“Lead single ‘…MATH’ is ‘a prolonged statement of peace. The composition recalls the Eastern breathing tradition of pranayama – the practice of regulating and extending the breath – with its respect for space and the cyclical emergence of light. Breaking open the physical form of ‘AFTER…’ illuminates a life force – a beating, techno-inflected heart that is established as the core of the entire project.” – Pitchfork (6/22/17)