Matt Cerf with Ost & Meyer (feat. Fenja) – Like We Love 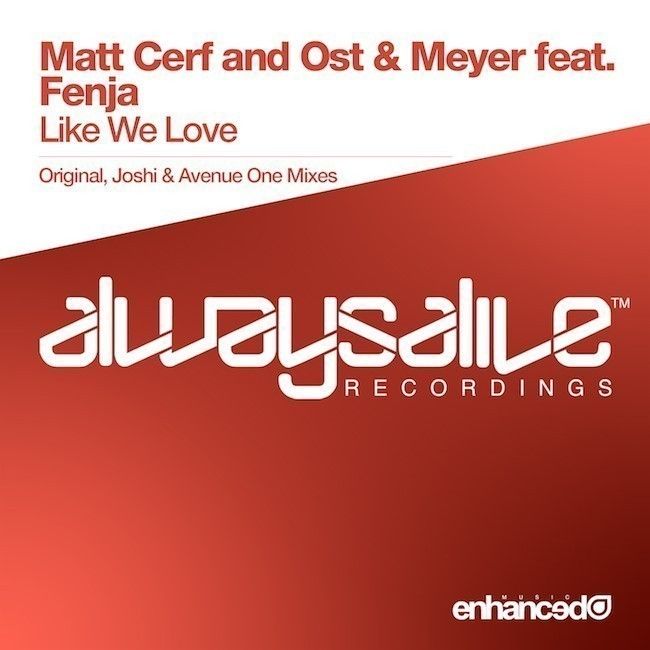 Matt Cerf with Ost & Meyer (feat. Fenja) – Like We Love

He’s produced and remixed with the best names in trance and progressive, most notably his #1 collaborator, wife singer-songwriter Jaren, and now Matt Cerf teams up with Ukrainians Ost & Meyer for a new track called “Like We Love.” Collaborating for the first time, Matt, Nikita (Ost) & Vadym (Meyer) say farewell to summer with an ode to California sun, beaches and dancing ’til sunrise. Featuring Fenja’s sultry vocals interlaced with deluxe piano chords and chilled beats, “Like We Love” will be released October 6 on Enhanced Music imprint Always Alive Recordings, along with two remixes by Avenue One and Joshi.

Avenue One is the secret side project of two producers–who at the moment, remain anonymous–that resulted in a remix to Aly & Fila Feat Jaren Cerf – “For All Time” that landed in the top 100 on Beatport’s Trance chart. Their remix of “Like We Love” marks the duo’s second release and gives the track a solid, progressive trance vibe with a revamped melody. A clear sign of what’s to come when these two talents join forces, Avenue One is a name you’ll want to commit to memory.

Hailing from the sand & surf of Goa, India, Joshi takes the track down a deep house route, slowing the tempo and giving Fenja’s vocals the jazzy, chillout aura of a sunset cafe. Fenja is the pseudonym of another well-known artist who goes undercover in “Like We Love,” but her real name was revealed by Armin van Buuren on A State of Trance #676. With that recognizable voice, it shouldn’t be hard for fans to figure out who Fenja really is!

All three renditions of Matt Cerf with Ost & Meyer (feat. Fenja) – “Like We Love” will be released on Beatport October 6 and all other portals October 20!