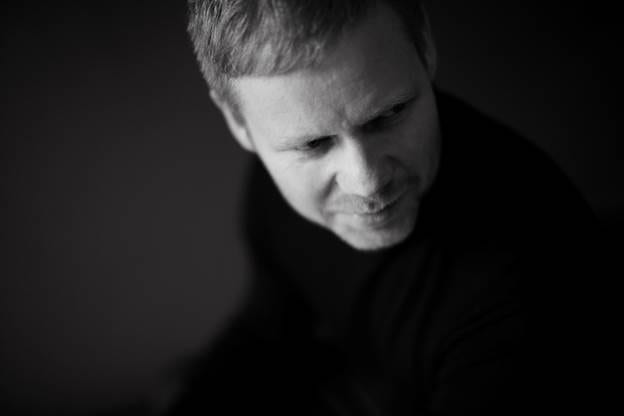 December 16th marks the first vinyl record released on Max Richter’s brand new label ‘StudioRichter’ – a 180g 12” edition of ‘On The Nature Of Daylight’, which is the opening and closing theme from the soundtrack to Denis Villeneuve’s hotly-tipped new movie ‘Arrival’.

‘Arrival’ premiered at the Venice Film Festival and has received widespread rave reviews. It stars Amy Adams, Jeremy Renner and Forest Whitaker, with Adams playing the lead role of a linguist who attempts to communicate with aliens that ominously appear at sites across the globe. As mankind teeters on the brink of global war, she and her team embark on a race against time to peacefully find out why they’ve arrived. More than a conventional sci-fi thriller, this is a thoughtful, intellectual drama with a genre twist.

‘On The Nature Of Daylight’ was originally featured on Max’s landmark album ‘The Blue Notebooks’, which with its strong anti-war sentiment gels perfectly with the pro-unity theme in ‘Arrival’.

“When I wrote ‘On The Nature Of Daylight’ in 2003 I conceived it as the opening of my upcoming record, ‘The Blue Notebooks’. At that time (as now) I was troubled by the political and humanitarian circumstances of the Iraq war and, like most of us, felt powerless to do anything; ‘The Blue Notebooks’ was a protest record. ‘On The Nature Of Daylight’ is also a reflection on my own childhood, and that fantasy space that children sometimes retreat into – an alternate reality of safety, quiet and sanity. I never imagined that the piece would have a life outside this context: It was so personal.

However, since life is very strange, the music took off in all sorts of unforeseen directions. Choreographers and film makers especially have connected to the work’s emotionality, and so its second life began.

When I was contacted by the makers of ‘Arrival’, I was initially cautious. Having allowed the work to be used in two outstandingly powerful films, Martin Scorsese’s ‘Shutter Island’, and Henry Alex Rubin’s ‘Disconnect’, I was doubtful about granting another use.

But Denis Villeneuve called me and described the integral nature of ‘On The Nature Of Daylight’ to the architecture of ‘Arrival’ – it starts and ends the film – and, as he described the film I was drawn into his powerful world. So, in the end it was an easy decision.”  Max Richter

The ‘On The Nature Of Daylight’ 12” includes both versions of the music; the original quintet recording, and the later recording for full string orchestra.