Prolific Italian talent Mazare is back with his highly-anticipated 4-track sophomore EP ‘Wide Awake and Dreaming’. The new original production follows up the multifaceted powerhouse’s 5-track ‘Paracosm’ EP from June of last year, and serves as a direct-followup to his remix of Ehallz and Skybreak’s ‘Into The Light’ from mid-March. The esteemed creative force’s latest prominently boasts features from the likes of L.A.-baseds musician AMIDY and Fiora, singer/songwriter Monika Santucci, and Canadian bass music triumvirate The Arcturians. Out now via Seven Lions’ Ophelia Records, the ‘Wide Awake and Dreaming’ EP is available to listen to across all streaming platforms.

The EP begins with ‘Otherside’, which was released as a lead single to much critical acclaim. The atmospheric synth-laden track features an enthralling, larger-than-life tone that is maintained with ease from start-to-finish. Elements of dubstep and drum and bass are fused together to form a melodious blend, paired perfectly alongside the emotionally-charged lyricism and flawless vocal delivery courtesy of AMIDY. Now sitting at over 76k combined streams across platforms, the immensely successful single provides fans and listeners with an exciting foundational glimpse as to what they can expect from the remainder of the EP.

‘Lifeline’ takes the reins next, kicking off with shimmering production elements that serve as a prime accompaniment to Monika Santucci’s mellifluous singing. Her canorous voice glides throughout its entirety, providing a welcomed harmonious touch to the high octane drum and bass endeavor. Lyrically rife with optimism and hope, its core message is relayed impeccably. Overall, ‘Lifeline’ is  quintessential Mazare listening material.

The EP’s penultimate tune, ‘Wide Awake’, possesses the same melodic flair its predecessors champion, while upping the ante tenfold. Beginning with a subdued ambiance and hushed vocal from Fiora, the single’s fiery energy quickly picks up and introduces a series of hard-hitting basslines, a relentlessly unyielding pace, and enticing sonic sensibilities.

‘Sleepwalker’ rounds out the ‘Wide Awake and Dreaming’ EP, starting with a haunting vocal that lulls the listener in with each passing second. Heady and dream-like, The Arcturians’ vocal makes way for a rising tension that builds upon itself before unleashing in full force. A mercilessly uncompromising bass drop ensues, followed by a cacophonous barrage of drum and bass that will leave one wanting even more from the renowned DJ/producer.

“I’m stoked to finally be able to release an EP with Ophelia Records. I’ve been a fan of Seven Lions since day one and it feels great to be part of the family with a substantial body of work. This EP merges two of my favourite electronic genres, drum and bass and melodic dubstep, and I feel lucky because I had the chance to work with some of my favourite artists, who infused a lot of personality into these songs. It’s also one of my first times doing the artwork for the single and EP covers, which is something I’ve always wanted to do; they all connect to our previous covers, different chapters of the same story.”
– Mazare
ABOUT MAZARE — Massimo Pezzetta, known as Mazare, is an Italian DJ/producer who has been releasing his own unique take on electronic dance music since his 2017 Spinnin’ Records-released collaboration with Vorwerk, ‘You’re The One’. Since, his music has caught the attention of renowned labels such as Monstercat, Spinnin’ Records, Seeking Blue, Ophelia, and Gud Vibrations, to name a few. His 5-track 2021 EP ‘Paracosm’ served as a pivotal career point, going on to garner widespread critical acclaim in the short amount of time since its release. Recently, he’s also launched his own radio show ‘The Paracosm’ via Insomniac Radio, which places a central focus on melodic drum and bass, in addition to heavier dubstep and rock influences. He also boasts over 191k monthly listeners via Spotify and commands over 4k followers via SoundCloud, a highly impressive feat that is sure to be effortlessly topped by the venerated powerhouse moving forward. 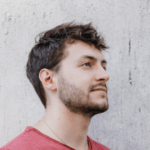