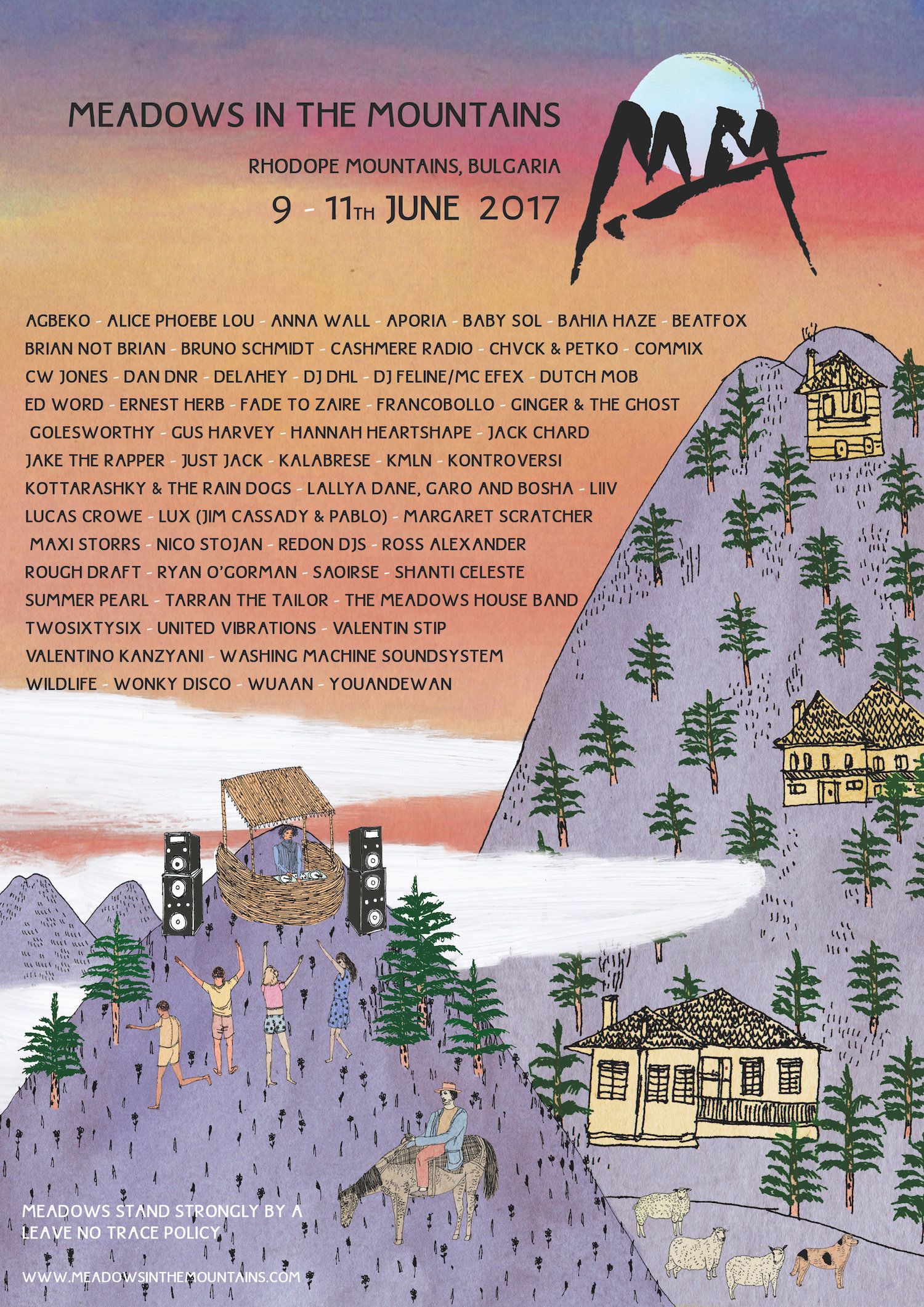 As part of the Meadows In The Mountains 2017 line-up they have invited unique acts such as United Vibrations – they are the new generation of South London jazz collectives, affiliated with Yussef Kamaal and backed by Gilles Peterson they’ve just released their latest record with singer/songwriter Jordan Rakei. Valentino Kanzyani is one of the founding fathers of Slovenian techno having had a prominence since the 1990’s. Playing regularly for FUSE and Cadenza he was the driving force behind Ibiza’s legendary Next Wave parties and will make his Meadows debut. Commix ‘Call To Mind’ was an iconic LP for liquid drum and bass of the 2000s. Affiliated with Metalheadz and more recently with Secret Sundaze under his moniker Endian, he’s fresh off the back of a US tour and enjoying a renaissance after the recent D&B resurgence. Shanti Celeste is one to watch for 2017, first catching our attention with releases on Bristol-based Idle Hands. She’s just launched her new label Peach Discs and will be playing the coveted sunrise set at Meadows. They will be joining over 50 more live acts and DJs to play across the weekend.