Man Without A Clue - Mean It 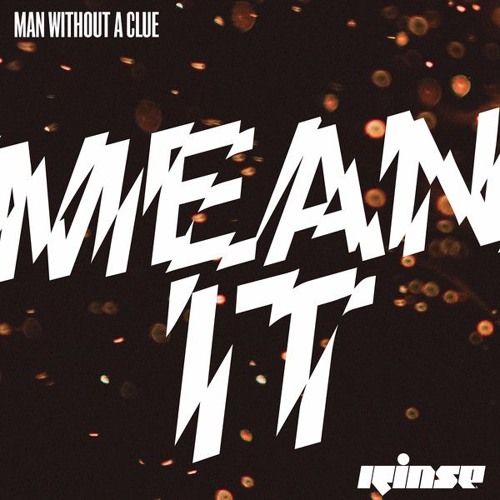 Man Without A Clue - Mean It

Following a slew of releases already in 2017, rising star Man Without A Clue is back with new single, ‘Mean It’ — his debut record for Rinse.

Born in Holland, he has spent much of the last three years blazing a trail through house and disco, working with scene legends Todd Terry, Kenny Dope and Roger Sanchez and renowned labels like Defected, Suara and Rinse affiliate Skream’s imprint, Of Unsound Mind. He also formed his own Clueless Music imprint in 2015.

‘Mean It’, a lesson in classic groove, forms a natural extension of the sound he’s been honing in on since day one; a raw, bubbling take on iconic New York house tropes. Boosted by an infectious, sampled hook and dazzling percussive textures, it zips along as the archetypal summer anthem — like breakthrough 2014 track, ‘When I Play This Record’, it could easily land as one of the year’s biggest.

With his music already heavily backed by BBC R1 selectors Annie Mac and Danny Howard, Man Without A Clue will also be taking ‘Mean It’ across Europe this summer, with festival appearances on the main stage at Defected Croatia and Lakedance in Holland incoming.