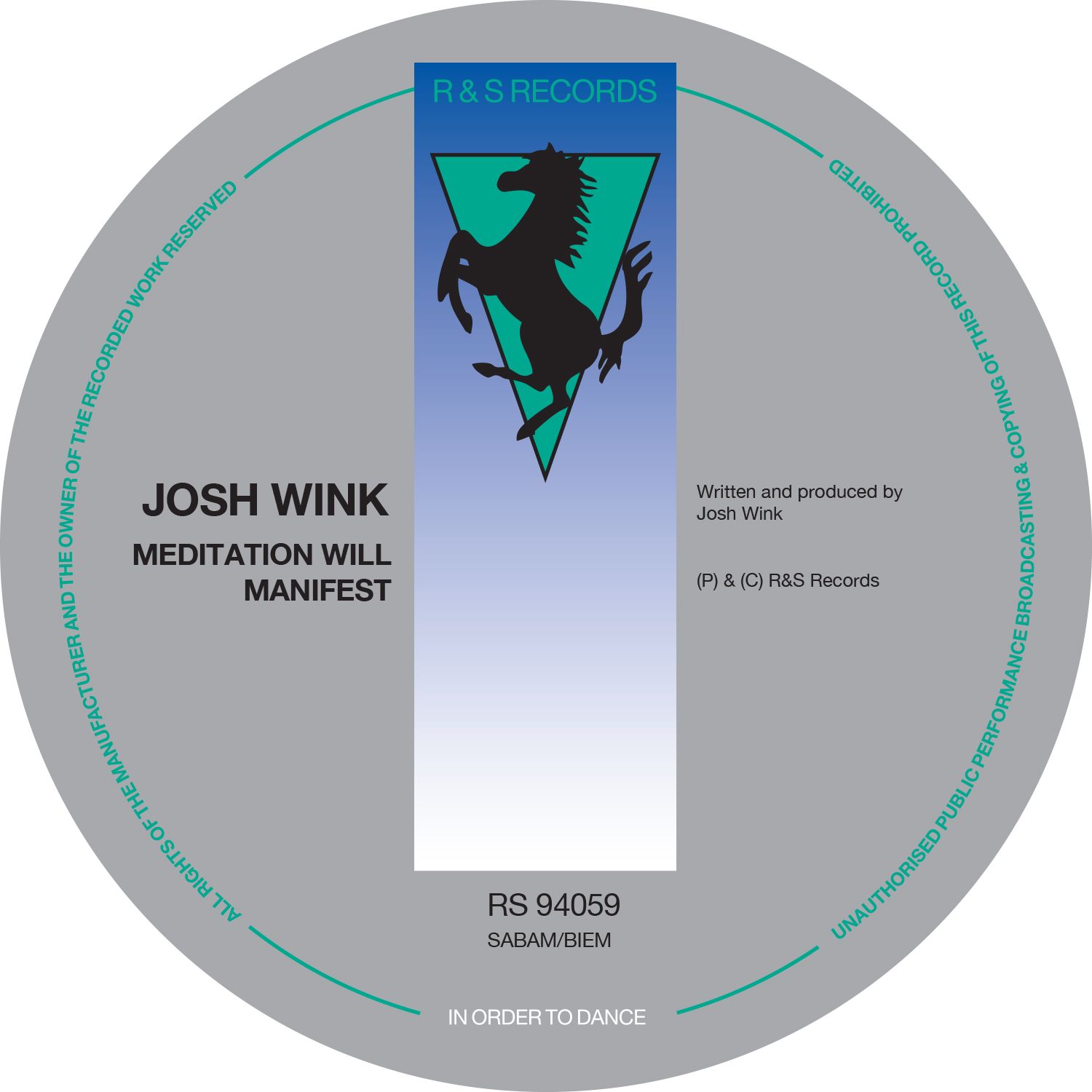 Josh Wink has always been ahead of musical trends and walks his own path in dance music. From a young age Wink was exposed to different mysticism and consciousness philosophies. “It wasn’t a big, popular or trendy thing to do at the time, but I was 14 and just did what my mother did… Releasing tracks like ‘Meditation Will Manifest’ and ‘Higher States of Consciousness’, people looked at me as being this deeply profound spiritual guy, but I never really thought about it in that way, even though I’m really into repetitive, transcendental and meditative rhythms. I don’t do drugs, so I never really had another outlet to get into alternative states.” – Josh Wink (taken from recent Mixmag article).

‘Meditation Will Manifest’ is pure Wink in its hypnotic and powerful force.

“‘Meditation Will Manifest’ is quite rightly regarded as a classic track in the R&S catalogue. It’s one of the finest examples of acid house that we’ve released in our 30-year existence and it still sounds fresh today. We’re so glad that the original DAT tape has been found and that a whole new generation can experience it.” – R&S

“It is exciting to see that a track that I made over 20 years ago is touching so many people once again. With DJs like Nina and Ricardo playing it recently, people have been wondering what it was… It makes me happy that the track still sounds relevant and still does its damage on the dance floor. We got in touch with the guys at R&S and decided to remaster the original and release it, as it has never been released digitally. Luckily I was able to my find the original DAT in the studio and we were able to make this happen." – Josh Wink