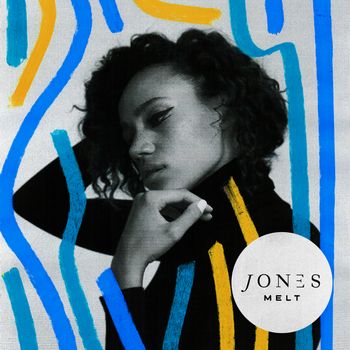 25-year-old London born chanteuse JONES announces brand new single ‘Melt’ which has been co-written and produced by HONNE, will be released 29th July on 37 Adventures.

New single ‘Melt’ is starkly modern, electronic soul with a pop direction. It takes the boldness of Pharrell Williams’ style of production fused with the darkness and wildness of artists like Little Dragon. JONES says about the song, “it’s about when two people are together, whether it's love or infatuation sometimes it feels as though they've molded into one. Whether that be for a lifetime or a moment. It's about forgiveness, acceptance and loyalty.” Remixes for 'Melt' will come from Lithuanian born producer/DJ Embody and Jay Prince.

JONES recently made her debut on Later…With Jools Holland and continues to find new fans, including Sam Smith who said her music was “f*cking beautiful”. JONES was also announced as one of Spotify's Spotlight Artists For 2016 and her previous single ‘Hoops’ has been streamed over 5 million times and was playlisted at BBC 1Xtra.

After standout shows at SXSW, The Great Escape and her own sold out London shows,  JONES announces a summer of festivals including Glastonbury and Latitude.