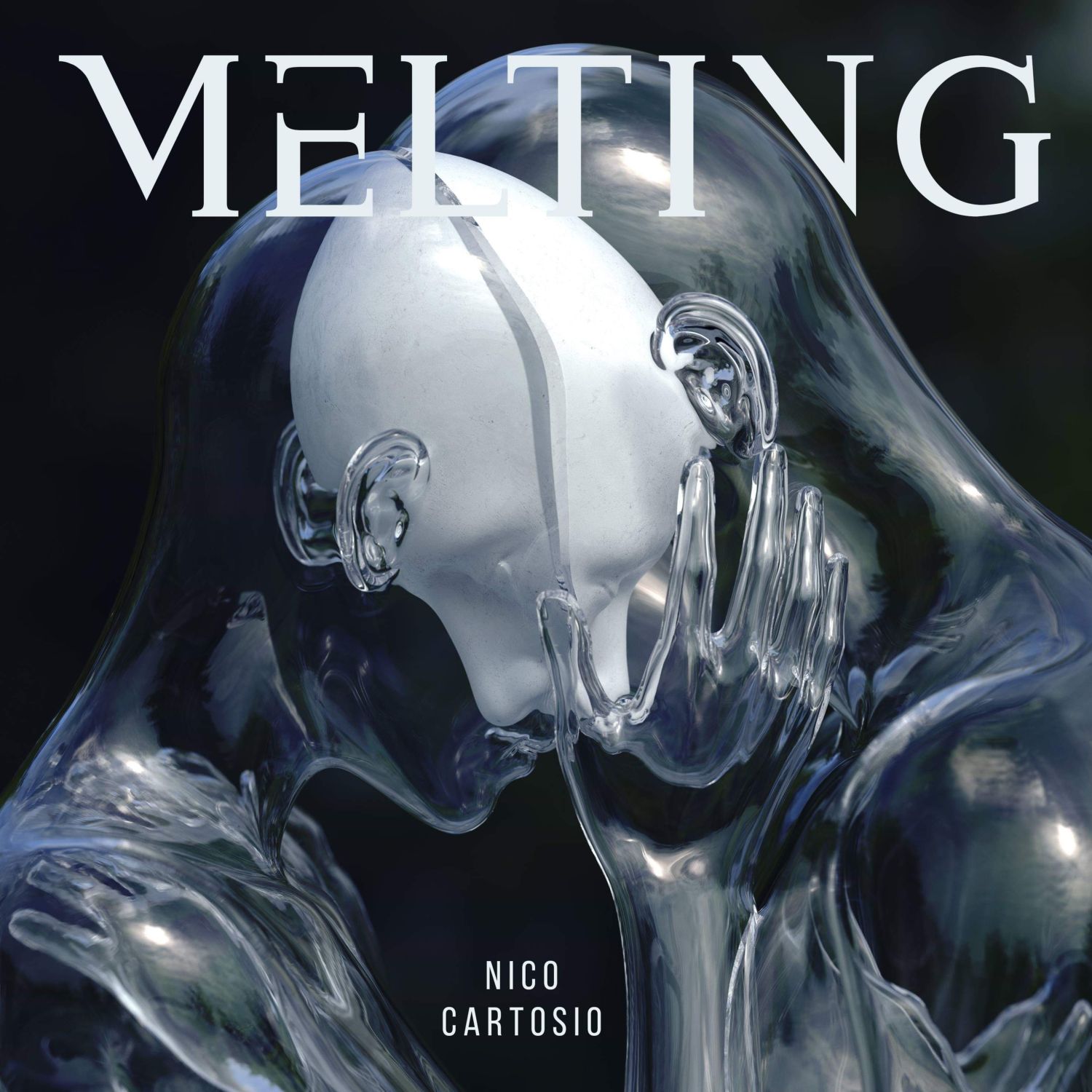 Modern composer Nico Cartosio has released his debut album, Melting independently on the 17th of April. Melting is a self-reflective concept album that’s based on the Tibetan belief of the eight cold hells where souls are sent to freeze for eternity. As opposed to this, there are also eight cold hells we send ourselves to here on earth. Depression, arrogance, wrath, lack of love; all these things freeze our souls. But even from the bottom of the deepest and the coldest pits of hell do we hear the music of our still hot hearts.

Nico Cartosio burst onto the scene in 2018, releasing tracks that have gained instant attention and acclaim, accumulating more than 13 million views due to the videos’ high-quality production value and intriguing cinematic plotlines. Cartosio’s modern classical music has seen support from the likes of CLASH, Brooklyn Vegan, Cool Hunting, Music Week, Celebmix, Popdust, and The Munich Eye and has been used to treat patients at The British Academy of Sound Therapy, stating that Cartosio’s music is “uplifting and enables the spirit to soar”.

Since he was a child, he experienced his surroundings through a musical perspective; seeing the world as music, his mind tried to make sense of the world around him. For each person Nico Cartosio meets, he composes a mental melody, or portrait, as he believes each person has their own particular soundtrack. “A girl smiles at me, and I hear how she sounds. It is a specific tune. She frowns and instantaneously, the melody changes in my head, from a flute solo to a cello.“ says Cartosio.

Recorded at the famed Abbey Road Studios in London, ‘Melting’ was created by an array of recording legends who have worked on multiple blockbuster film scores, including being mixed by Alan Meyerson (Interstellar, Aquaman, Captain America: Civil War), mastered by Patricia Sullivan (Bernie Grundman Mastering), the conductor is Gavin Greenway (Pirates of the Caribbean, The Hunger Games), 1st violin performed by John Mills (Doctor Strange, Beauty and the Beast), the piano was handled by John Lenehan (Harry Potter, Insurgent), the harp by Skaila Kanga (The Avengers, Star Wars) and finally the percussion was performed by Frank Ricotti (Interstellar, Spectre).

The track list is arranged so that the listener would be cast down into the abyss of coldness and death only to be later lifted up to the eternal freedom of the soul. ‘Christmas on the Moon’ is the beginning of his path which was marked with the untimely death of the composer’s close 9-year-old friend when he was just a child. Nico Cartosio was personally involved in the filming process of this moving music video, which was watched by 2.5 million people and nominated for Best Narrative at 2019’s Berlin Music Video Awards. Through rage and aversion of a personal loss, through drug addiction as a way to handle the situation, there came the next composition – ‘Cocaine March’. In this piece, Cartosio used music structure to recreate all the stages of a cocaine trip: from euphoria to mind-destroying devastation. The chilling ‘Snow Above The Earth’ is a tribute for all the children who have passed on without being given a chance to let their music be heard; a requiem for the tunes unplayed. ‘Kensico’ heightens these dismal emotions as this is where true darkness lies – the complete denial of life; death. Proving that youth can also become of prisoner of coldness, ‘Girl on an Iceberg’, conveys the tale of a young figure skater who has dedicated her life to her craft; leaving behind her childlike wonder to become engulfed with the pressure to succeed. Instead of fuelling her ego, she opts to find means of escape looking deep within herself via the use of her imagination; breaking free from her fear, and starts her passionate dance; enter ‘Angel of Winter’. Using this newfound optimism, ‘Adagio for Strings and Storm’ is an attempt to restart one’s life in the middle of the cold hells, a desperate plea to begin anew. This attempt is doomed however as the track takes a dark turn, transforming into a hopeless cadence. Here you find yourself in ‘The Longest Night In Limbo’; the last hell of despair. This aggressive piece reflects the feeling that this living hell will last forever. And in the end, all this comes to melt – the ‘Melting’ (5 million views in 2 weeks)  – when love and beauty would reap you out of this chain of hells. The person who has suffered is no more. There is only what he was made of in the beginning – a free spirit. Finally, after this strenuous journey, there is ‘Song for A’; a journey of a soul freed from ego through its suffering. A song for anybody by anybody, for everything by everything, free from the material world, the closing track provides the listener with a final sense of relaxation.

Commenting on his debut album, Cartosio said, “My very personal debut album is about hope – a hope to escape and to be born anew: ‘Melting’.”