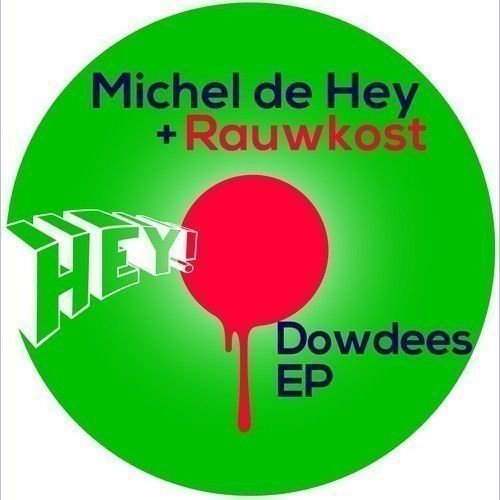 The influential HEY! label returns to round off the year in style, with a superb new release from the chief himself together with Rauwkost. This collaboration between one of Holland’s most influential techno/house/tech-house DJ/producer’s – Michel de Hey – and Amsterdam’s highly original Rauwkost, is, once again, an incredibly exciting meeting of creative minds.

Their recent “Julienzz” collaboration on John Digweed’s Bedrock label stayed in the Beatport charts for weeks and this new HEY! extravaganza is likely to have the same destiny. The inspiration for both “Dowdees” and “Incense” came from several beach parties where Michel played during the summer, and the timing for this release is perfect as we all need some sun and warmth in these cold winter days! The title track, “Dowdees”, swings with a deeply groovy house attitude that cannot fail to entice people onto the dancefloors of the best clubs everywhere.

NT89 is one of Michel’s favourite producers at the moment so when he admitted that he used to be raving to Michel’s DJ sets for many years the remix deal was closed within a second. His energetic, smoothly melodic remix will be a hit with all new UK house lovers. “Incense” finishes off the EP with a flourish and is destined to be the best hip-shakers of coming the party season!

After the superb Mulder release on HEY! this new “Dowdees EP” is again set to be a smooth winner around the world. Also, if you get the chance, you really should catch Michel de Hey in a club soon!