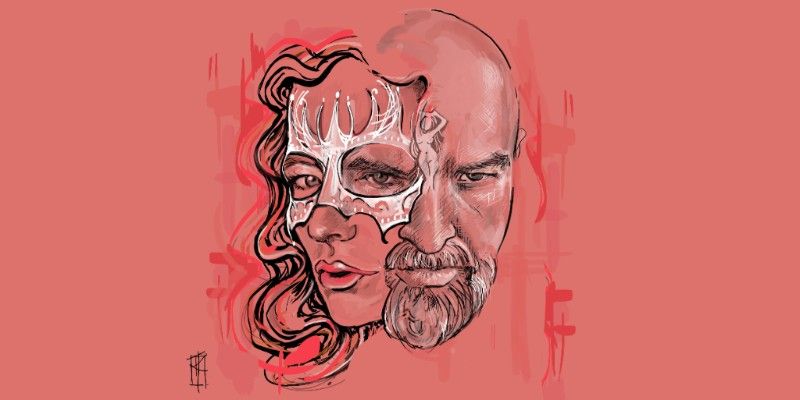 Mike & Claire invite their island family and friends to join them in this sumptuous celebration of the
20th Anniversary of The Manumission Motel.

Come crush a cup of wine this Thursday the 14th of June, as Mike & Claire Manumission host their latest creation, EGO. A psychedelic interpretation of William Shakespeare's Romeo & Juliet, where fair Verona is Ibiza, and cat fights never go out of style.

As the clock strikes midnight it will be exactly 20 years since the opening of The Manumission Motel, are celebrating this anniversary with the screening of never-before-seen film footage taken from their personal archives that will feature in the documentary that will cover an auspicious return to the island of Ibiza with their brand new concept at Lío.

A baby Motel stage with its own strip pole has been built for the occasion, and the after midnight performance promises to be reminiscent of those Motel nights that the island so enjoyed.

Claire free-style recounting those heady and hedonistic days of life lived within the Motel walls.

"Manumission started in a 400 capacity gay club in Manchester, and it was celebration of the individual, a freedom to be who you were or wanted to be. This is very much what EGO will be about." Mike Manumission

SHAKESPEARE IN VOGUE – THIS SUMMER IS ALL ABOUT EGO

As the creative force behind MANUMISSION, Mike and Claire had the fortune to work and play with some of the world's greatest DJS and artists. This summer, Mr. Doris, in his roll as Musical Director will invite a selection of these prestigious friends to join him on the decks.

Arrive at Midnight with an open heart and mind.