After racking up huge support from tastemakers across BBC 1Xtra, Capital Xtra, KISS Fresh and Beats 1 on singles ‘Driller’s’ featuring Nines, Paper Pabs and Bossman Birdie and the high ocatane release ‘Madness’ ft Deepee, Tion Wayne and Big Narstie, Milli Major continues his 2020 takeover with the release of his ‘Major Paper’ EP. Independently curated in its entirety, the ‘Major Paper’ film and soundtrack features an all-star cast or talent from the rich pool of UK’s Rap scene and its borders. The film itself features Paper Pabs, Lippy Lickshot, So Large and Tempa T whilst the exclusive, self-curated music, which is pivotal to the gripping plot of the 12-minute short, sees some of the scenes biggest names including Paper Pabs, Bossman Birdie, Nines, Flirta D, Deepee, Tion Wayne, Big Narstie, Armz Korleone, Tempa T, Scrufizzer and Bushkin add each of their own spins to create a culturally iconic piece for the UK rap scene.

With fantastic support from national radio and various tastemakers, the UK’s thriving black music scene is placing its full weight behind the ground-breaking move from Milli Major. Centred on the harsh realties of crime and gang culture from London’s inner-city streets, both the storyline and the music are centred on reality and experience that is identifiable to many and fascinating to others

‘Major Paper’ as described by Wonderland is a ‘ground-breaking new project’ and it’s clear that it’s been a painstaking process to identify the exact people, producers, sounds and styles to make this project work. Tapping in on a broad range of influences and A&R’ing some pleasingly surprising collaborations, the soundtrack features Instagram sensation and fitness instructor Armz Korleone alongside Tempa T for ‘Pre-Workout’ before taking on a garage vibe in track 5 ‘Mr Lover’ featuring Scrufizzer and Bushkin. The experienced producer roster also hits hard with the likes of Heavy Trackerz, Coco, OH91 and Jack Junior stepping in to bring their musical magic.

From drill to grime, Milli Major has created a blockbuster soundtrack with an all-star line-up and energy that is exceptionally representative of the UK scene right now, as well as bridging the gap to the film world.

Talking to international Rap DJ Charlie Sloth, Milli Major says “I depict my reality, all of this is a part of me, you never know what you will get when you see my name on a track, I have many sounds, I might make a drill tune today and then make a grime tune tomorrow. My sound is a hidden treasure.” 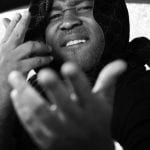