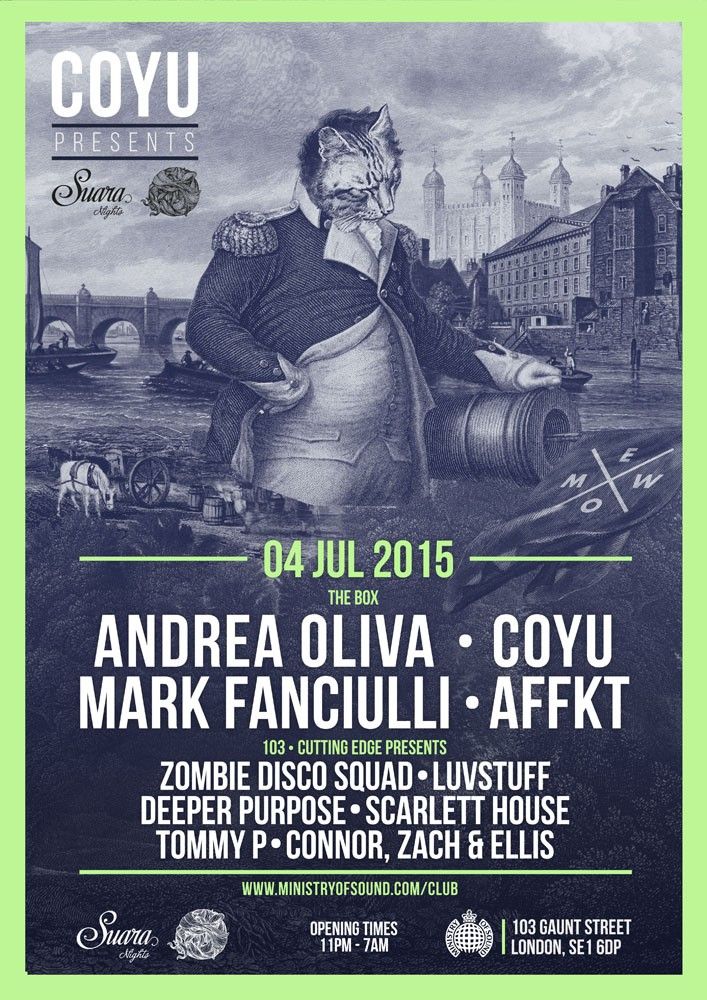 On Saturday 4th July, Ministry of Sound will be handing over the decks to Suara, one of the most prolific and dynamic labels in the house domain for a special Suara Nights party.

Revered Swiss producer and DJ, Andrea Oliva, is headlining the night and it will be his first appearance at the club since his debut in 2013. From learning to DJ at 16 and working in a record store, to playing at Switzerland’s and now the World’s leading clubs, Andrea’s artistic trajectory has been an organic one. This year is set to be a defining year for Andrea with the release of his eagerly awaited LP ‘4313’. Conceptually centred on the promise of a ‘new age’, ‘4313’ is a testament to Andrea’s continuous desire to experiment and produce an outstanding piece of work.

Founder of Suara, Coyu, will also be making an appearance in The Box main room. After coming to prominence as a result of his remixes with Uner and Edu Imbernon, he has since helped Suara become one of the most successful underground labels. His production skills have remained in high demand, with tracks such as ‘Just Nin’, ‘In My Mind’ and the seminal ‘Balls’ making waves.

Andrea Oliva and Coyu will be joined by Mark Fanciulli, whose reputation for producing high quality music across the electronic spectrum precedes him. Since releasing his debut track ‘Tide’ on Joris Voorn’s label Rejected in 2011, he has gone on to release tracks on Suara, Saved and Area Remote and regularly plays at El Row in Barcelona, Studio 80 in Amsterdam, Space in Ibiza and Ministry of Sound. Support comes from Valencia DJ and producer, AFFKT.